How Texas Fell In Love With Solar Power

I've worked in the energy sector for over 10 years across all industry sectors.

The great state of Texas has long been renowned for its robust energy industry, particularly when it comes to the fossil fuel industry. Whether it was natural gas or crude oil, wells have been extracting valuable energy resources from Texas for a long time now. These days, however, Texans are beginning to become more enthusiastic about solar energy and have actually ensured that their state is one of the leading members of the union when it comes to pioneering the development of this renewable energy source.

Here’s the story of how Texas fell in love with solar power, and why sunshine holds the key to the future of the state’s energy industry.

Many people may be surprised to learn that solar energy now produces more jobs across the United States than the coal industry. It’s nevertheless a matter of fact that solar energy has been putting nearly twice as many Americans to work than coal has for many years now. This is because solar energy is a booming industry that’s being fueled by the pivot toward renewable energy sources that our planet desperately needs if we want to maintain our ecological health in the years to come.

In addition to being of the utmost importance to the climate, solar energy is also fantastic for job creation because it requires well-educated professionals who are also good with their hands. According to data provided by the World Economic Forum, Texas has come to recognize the immense economic and ecological benefits that can be derived from other renewable energy sources like wind, too. Texas now being the world’s fifth largest generator of wind power is a testament to the fact that people across the state are getting serious about renewables. You will find newfound enthusiasm for solar energy panels everywhere you go.

According to an extensive report from the Financial Times, part of this boom in renewables is due to newfound investor interest in battery technology. Solar, wind, and other renewable sources of energy are fantastic in no small part because of advanced battery technology that enables them to store juice for those times when the sun isn’t shining or the wind isn’t blowing. We’ve thus seen the bankrolling of solar energy projects across the nation, with a specific focus on Texas in particular, as investors want to cash in on this renewable boom while they still can. This will likely have a tremendously positive impact for Texas electricity rates, as renewable sources of energy are fantastic for local communities trying to go green.

It took a culture change

Besides the fact that there’s an immense amount of money powering the continued development of renewable energy sources, it also took a culture change across Texas for people to recognize solar and wind energy as being worthwhile. Certain areas like Georgetown have promised to go fully renewable sooner rather than later, and in doing so have encouraged others nearby to embrace similar trends. People are also growing more conscious of the deleterious effects of global climate change, which is exacerbated by the fossil fuel industry and has been seriously hurting Texans in a wide variety of ways.

Worsening droughts and ever-hotter summers are finally convincing many across the state that investing in renewable energy sources is the only way to ensure the ecology of Texas remains whole and healthy well into the future. Even homeowners across the state are beginning to realize that they should embrace renewables, as residential solar panels are now growing increasingly common in cities and suburbs across Texas.

According to one report, Texas is the second fastest growing solar marketplace in the country and will likely remain eager to invest in sunshine for years to come. Elected officials and activists from across the state have been pushing back on anti-science climate deniers, and the tumultuous nature of the global fossil fuel industry has also encouraged some companies to pivot toward the more manageable and less volatile renewables sector. Before long, Texans will see wind turbines and solar panels everywhere they roam.

The United States still remains quite dependent upon the fossil fuel industry, but renewable sources of energy are becoming more viable by the day. Across the state of Texas, it’s easy to see that an embrace of solar energy has made it cheaper and safer to power our homes and businesses than ever before. 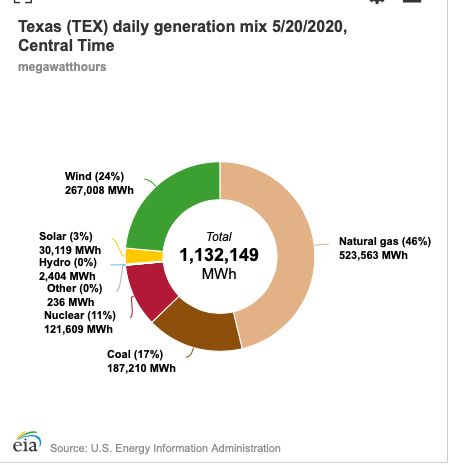