How Pokémon was supposed to help clean up the planet on Earth Day. The title might sound ridiculous, but rest assured that Godzilla-sized Squirtles weren’t gallivanting around the world putting out spot fires caused by Team Rocket. Instead, an amalgamation of technology, entertainment, and a desire to clean up Mother Earth was responsible for making Earth Day 2018 one of the most successful Earth Days yet. At least, that was the plan. Unfortunately, however, what could have been an incredible feel-good story left many high and dry.

Pokémon GO, for those of you who are either out of the loop or perhaps just forgot, is a mobile free-to-play, location-based augmented reality game that has been downloaded more than 750 million times since its initial release in 2016. The game allows people to explore their real-life surroundings (I know—shocking!) and capture virtual creatures known as Pokémon.

There were 68 events scheduled for 19 countries, but it seems that there was a great deal of disorganisation that left well-meaning volunteers woefully underequipped to take on the challenge of cleaning up problem areas. In France, 40 volunteers were left stranded at the beach they had organized to clean up. The people who were supposed to meet them there didn’t show up, and without adequate resources (which volunteers had expected to be made available on site), frustrated volunteers left after waiting nearly an hour for association representatives to show. To rub salt in the wound, some of the volunteers had travelled for two and a half hours to get there.

When one of the volunteers was asked why they didn’t simply pick up trash anyway, a French Reddit user by the name of William replied [edited for grammar and spelling]: “Picking up trash without proper safety equipment can be hazardous. It was a beach-cleaning meet-up; you don't know what you can throw back into the ocean.”

A similar story was told in Belgium, where one Reddit user, ‘descabar’, lamented: “We had the same in Ostend, Belgium. We were with around 15 players looking to contribute our part to the cause. One of which came all the way from Köln, Germany (3.5-hour+ drive).

“There was no one to receive us or to coordinate the clean-up,” he added.

Nevertheless, it wasn’t all doom and gloom for the Pokémon fans-turned-planeteers who generously gave up their free time to help clean up. Reddit user JDTaiwan23 wrote: “That’s too bad—our event in Taipei was done quite well. Lots of support from the team who organized it (water, gloves, bags etc...) Shout out to Re-Think for doing a stand-up job.”

Hopefully the organizers can learn from what went wrong this year, because events like this, run well, can make a really big difference, with the team behind Earth Day making a concerted effort this year to focus on cutting down plastic waste, which is causing severe distress to marine life. A staggering 300 million tons of plastic is produced every year, and it is estimated that more than 8 million tons of that ends up in the ocean. To get your head around this giant number, it would take a mass 80 times that of the world’s largest aircraft carrier to match the yearly plastic waste that ends up in our oceans. By focusing on using renewable energy and materials, and recycling recyclable products, we can collectively make a big difference. 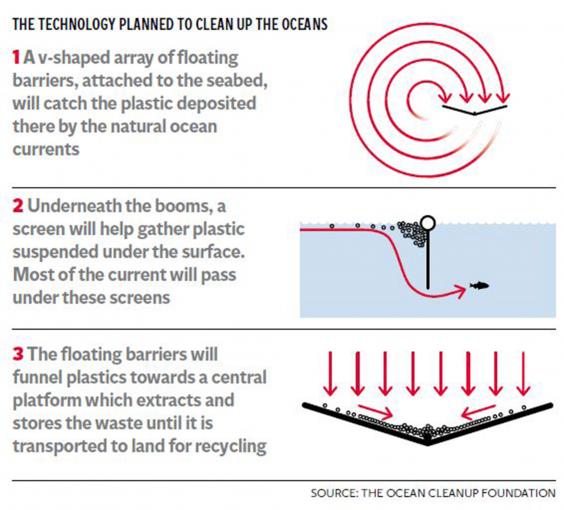 However, it’s clear that a reactive approach is going to be required to address the problem. One proposed solution is a V-shaped array that floats on the ocean’s surface to collect plastic waste without endangering marine wildlife. It could move in a way that we could predict by our understanding of ocean currents, and it might even be possible to use the array to generate electricity from the power of currents such as the Gulf stream using what is called ‘marine current power’; if such devices can be deployed successfully, solar panels could also be built over the top for additional power that would be unobstructed by shade. Additionally, power generated from the device could be used to remotely propel it in a new direction—either manually or automatically via satellite data—and excess power could be fed back into the grid while the trapped plastic is recycled and the device repaired. There are a lot of technical hurdles to overcome, but a comprehensive technological solution might soon be on its way. 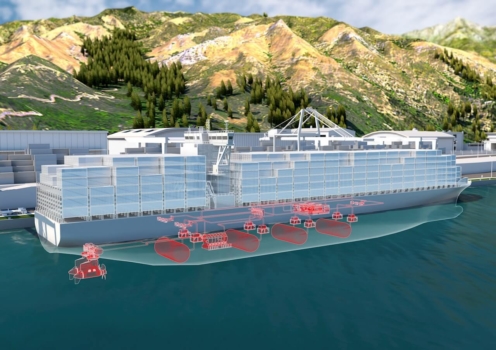 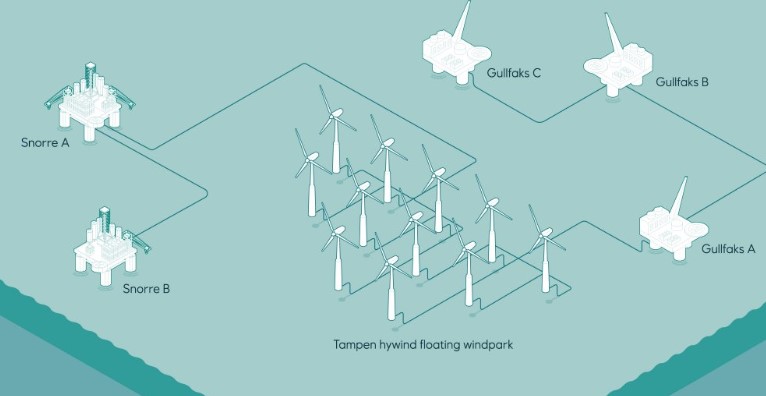 Another day, another story about hydrogen.  The hydrogen world likes to talk about 'sector coupling' and this collaboration between German giants Uniper and Siemens appears to be exactly that.The UK scene;