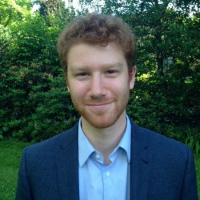 I am a clean energy innovation policy analyst with the think tank ITIF, the Information Technology and Innovation Foundation. My research focuses on innovation needs in clean energy technologies...

Technologies that reduce carbon emissions across a wide array of applications in many sectors, including electricity, transportation, and industry, are not yet sufficiently effective, reliable, and affordable. A broad consensus has emerged that accelerating innovation for these applications will require much greater public and private investment in research, development, and demonstration (RD&D). Demonstration of complex, capital-intensive, large-scale technologies is among the biggest gaps.

Demonstration projects establish the technical, economic, and environmental viability of technologies in practice, potentially paving the way to widespread adoption. Yet, all too frequently, promising new technologies remain on the cusp of commercial deployment because they have not been effectively demonstrated. The high costs and risks of demonstration projects deter private investments.

The federal government has often shied away from funding such projects as well, even when its R&D investments have brought technologies to the point of demonstration readiness. Its reluctance is not unwarranted. The federal record is mixed, with both important successes and expensive failures as well as long periods of stagnant investment.

This report aims to illuminate a path forward: how Congress and the administration can develop a federal demonstration program that reflects the urgency of today’s challenges. We offer two major recommendations.

Demonstration projects are expensive, with some running well over $1 billion. Moreover, one project may not be enough to identify and de-risk successful pathways; up to five iterations may need partial public support before a complex technology is bankable enough for full private sector investment.

A federal energy demonstration budget of at least $5 billion per year would support several very large projects and many smaller ones.  Such a target would be realistic if the United States were to meet its commitment to the international Mission Innovation initiative to invest at least $12.8 billion in clean energy RD&D by 2021.

The federal government should direct this funding, in collaboration with private sector and other partners, toward technologies that are sufficiently mature for demonstration and have a high potential to advance the national and global deep decarbonization agenda.

Examples of promising candidates include:

Recommendation #2: Better. Congress should establish an Office of Major Demonstrations within the Department of Energy to improve demonstration project administration.

DOE’s applied energy offices were charged with managing the most recent wave of large-scale energy demonstration projects about a decade ago. These offices bring important strengths to demonstration project administration, including subject matter expertise and connections to public and private stakeholders. However, there may be opportunities to improve on this status quo. Key objectives include ensuring steady and sufficient funding for a coordinated portfolio of projects, insulating project decisions from political influence, and strengthening expertise in large-scale project management.

Each proposal has strengths and weaknesses relative to our criteria. We recommend that Congress establish an Office of Major Demonstrations (OMD) within the Department of Energy (DOE) and provide the new office with dedicated funding. OMD’s broader technological scope would allow DOE to more easily build and sustain a strategic portfolio of large-scale energy demonstration projects than the applied energy offices. Staffed by project management experts, OMD would likely be better-suited to effectively manage individual projects, but it would also serve as a valuable commercialization partner for those offices. OMD would be well-positioned, too, to work with DOE’s Loan Programs Office on follow-on projects. This proposal is more politically feasible than others that also perform well on key criteria, such as the quasi-governmental corporation.​​​​​​

The full report, co-authored by Robert Rozansky and David M. Hart, is available at https://itif.org/publications/2020/05/18/more-and-better-building-and-managing-federal-energy-demonstration-project.