HOW EFFECTIVE WILL DE-CARBONIZATION BE?

I am Dr. A. K. Shyam, intellectual acumen offering 44 years of established career in Environment, Health & Safety sector. I was associated with NABET, Quality Council of India as an Assessor...

The demand for electricity has been increasing in the light of technological developments in all spheres.  However, the ill effects of power generation have warned us several times to re-strategize the options to keep pace with the growing demand.

It was Conference of Parties (COP), the apex body of United Nations Climate Change Framework Convention UNFCC) formed in 1994 that addressed stabilization of greenhouse gas emissions and to protect earth from the threat.  Since its formation, COP has moved into the 26 meeting at Glasgow, Scotland in 2021.  The Glasgow Climate Pact (GCP) as it is addressed, aims at limiting global warming to 1.5 degree Celsius by 2030 as agreed under the 2015 Paris Agreement.  This in effect amounts to a cut of greenhouse gas emissions by 45% by 2030 and to zero overall by 2050 to achieve Paris goal.

Global leaders agreed to work together subsequent to COP26 to turbo-charge uptake of clean technologies imposing worldwide standards and policies.  Electricity is among the five high-carbon sectors – Steel, road transport, agriculture, hydrogen and electricity - that would be targeted to encourage global private investment in low-carbon technologies.  They believed that global markets will be created for ‘Green Technology’ and hoped that the initiative would attract trillions of dollars.

One of the biggest technology transfer challenge is in developing countries bypassing fossil fuels and move directly to renewables – solar, wind and hydrogen.  Poor countries accounting for 24% global emissions cannot afford to continue with fossil fuels as this share would shoot up to 77% by 2050.  It is not however easier to bring around this change towards renewables.

If one has to achieve the goal set under COP26, the world would need around $4Trillion a year in clean energy.  Further, the transfer of this technology to poorer countries would attract raising $8.5 billion.

In view of the COP 26 mandate towards zero-carbon energy, significant investment in low carbon options are required especially renewable power plants to electric vehicles, efficient appliances and better constructed buildings.  However, there are three main strategies that all countries need to adopt to meet the energy needs with zero carbon emissions – optimize, electrify and decarbonize.  Because improvement in select countries are relative indicators rather than direct measure of absolute emissions, countries’ energy related emissions could still be rising which is true for most rapidly growing economies where energy demand is growing significantly.

The following are the options towards DE carbonization:

India ranks third in renewable energy and largest energy consuming country in the world.  India has an ambitious plan to achieve 175 GW of renewable by 2022 and expand it to 400 GW by 2030.  It is also second largest market in Asia for new solar PV capacity.  India has set a target of 1 billion ton of carbon emission reduction by 2030 and net zero carbon emission by 2070. 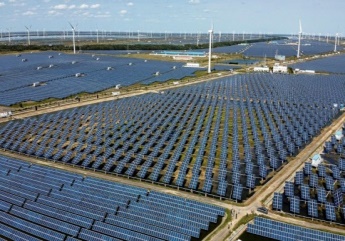 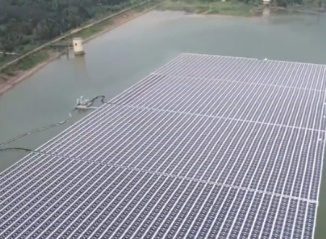 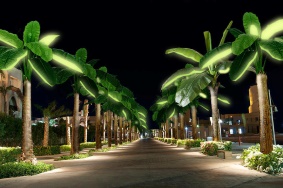 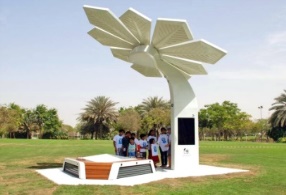 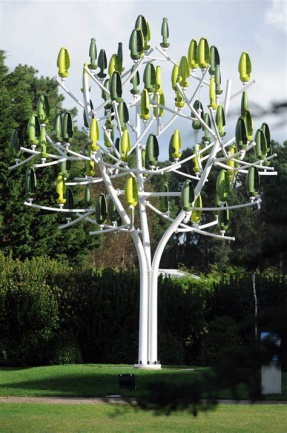 Not only the technology of solar and wind have improved but even the design as can be seen from above.  The capacity of either solar or wind would depend upon the area available.   Since these are promoted even at the residential level, one would witness the entire city filled with either of them apart from large farms that have larger capacities.  Unfortunately, in the rush to meet the ‘Carbon Neutral’ target, no one is paying attention to the ill effects of such massive expansion of solar and wind on environment.  I only wish that we don’t wake up like we did using fossil fuels for a long time.

Ukraine war with which many of us are familiar with not only projected critical humanitarian and health consequences but, more importantly the environmental damage that it has caused upsetting the preparations towards ‘Carbon Neutral’ in line with COP26.

Ukraine covering 70 thousand species of animals and plants with 1400 of them protected make up 35% of total biodiversity in Europe.  More importantly, it has had worsening impact on air quality with huge quantities of toxic substances which would have been transported to thousands of kilometers.  These toxic elements have in addition would have contaminated water sources as well.  These strong consequences would understandably force one to rethink on the alternative energy options in renewables.

Unprecedented heat wave has wreaked havoc across Europe causing destructive fires, severe droughts and thousands of deaths recently.  This is presumed to be due to shift back to dirty fuel source despite being leader in green energy – Germany restarting 16 obsolete fossil fuel plants and extending licenses for another 11 other facilities.  Simultaneously, Germany also generated record-breaking solar electricity as well.  Experts claim that climate change is the culprit for such rise in temperatures ad global surface temperatures have risen by 1 degree C since 1850.  No one seems to have the right answer to such a sudden change although many have been speculations.  The disastrous effect on economy and infrastructure as well as overall wellbeing of the living population does communicate the inaction over a long time on climate change.

Advanced countries have started experimenting with AI and ML in oil and gas supporting communication, within smart grids, IoT devices and meters.  Some companies have already reaping the benefits of Artificial Intelligence while discharging repetitive and rule based tasks allowing humans to engage in more worthwhile projects.  Data digitation, faultless operations, greener economy, disaster recovery, prevention of losses, predictive analysis and energy storage optimization are a few areas where AI and ML could be very beneficial.  Hitherto, the application seems to have been restricted to oil and gas markets.  But, there seems to be a lot of potential in the power sector as well.

Things do not look promising as the previous 25 of these giant conferences failed to turn off the increasing greenhouse gases that are leading to not only high temperatures but even unwarranted floods across the globe.  In fact, the planet is at least 1.1 degrees C hotter compared to pre-industrial level – and rising.  Presuming that every nation sticks to current promises to cut emissions, it is estimated that it would lead a dangerous increase of 2.7 degree increase by the end of the century.

More than 100 global leaders promised to end and even reverse deforestation by 2030 and the pledge includes almost about 19 billion dollars.  This after clearly understanding that they are indeed great sinks for carbon dioxide.  It is therefore a paradoxical situation with deforestation – stretches of the Amazon rainforest have been cut down – 30% loss in tree cover since 3002 on one hand and increasing emissions on the other.

Although this is just an outline of where we are with respect to our commitment to reducing greenhouse gases and fulfilling COP26 mandate, It seems pretty clear that we are complicating the issue with unforeseen events and lack of our broader understanding of the finer changes occurring in the atmosphere due to climate change that was triggered a few decades back.