Floating Wind and Hydrogen for the Celtic Sea Two High level strategic sessions in the space of three days for yours truly following Tuesday's Holistic Network Design  City of London seminar, with Floating Wind and the Celtic Sea under scrutiny today

2035 delivery timeframes underpinned the process with addressed constraints including:

Larger gigawatt scale developments are clearly on the way for areas not even encompassed in the original R4 design sessions I shared with the community a few short years ago, A stepped approach enabling the supply chain to engage and to grow accordingly.

A lively question and answer sessions addressing the various design envelopes for developers.

Queries about favourable sites not yet worked up, fishery sector concerns and, as we heard on Tuesday the integration of grid.

Grid anticipate the build out, note the spur from South Wales 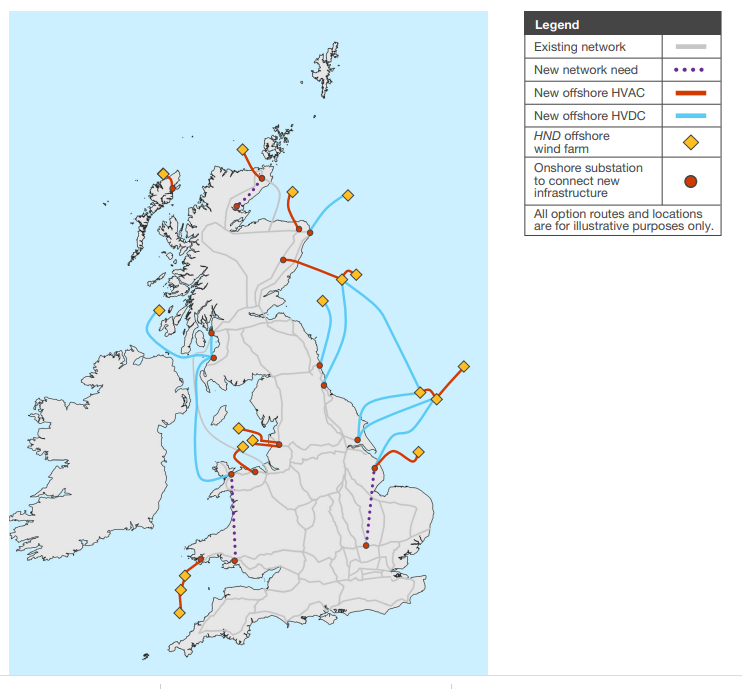 Hydrogen is integrated in the strategic process with 1GW sized proposals already in the public domain with London firm Source Energie and multinational ERM Dolphyn will collaborate on the project, which will use floating wind turbines to produce green hydrogen rather than electricity.

Technology from ERM Dolphyn combines electrolysis, desalination and hydrogen production on a floating wind platform, with hydrogen transported to shore via pipeline.

Known as ‘Dylan’, the site is located approximately 60km off the Pembrokeshire coast, west of Milford Haven. The companies said the site, which could open from 2027-28, has good energy generating conditions, with average wind speeds of above 10m/s, strong expansion potential, and several viable pipeline routes to areas of existing and growing demand.

Stay informed through a community of over 2000 sectoral experts and stakeholders: Offshore Wind and Hydrogen