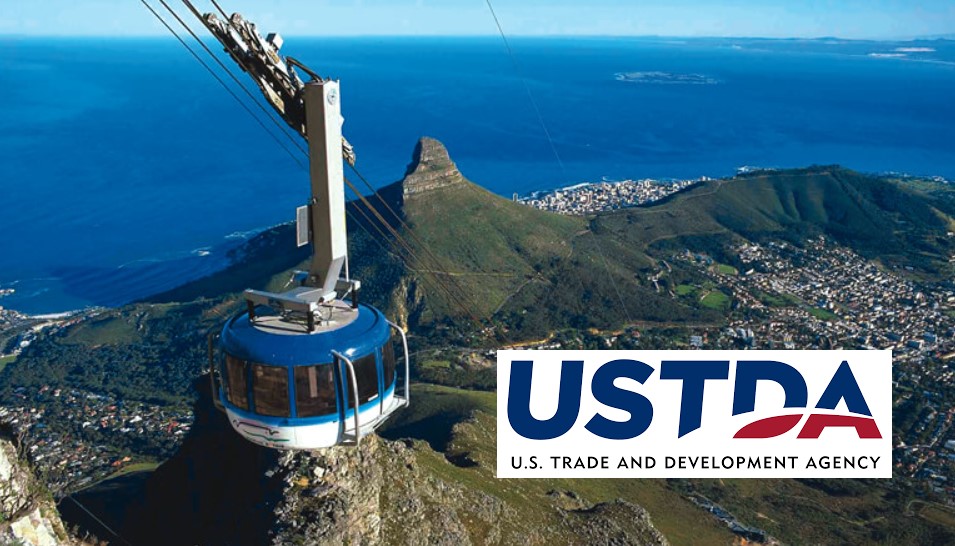 The world appears to be focussing on South Africa and her nascent green hydrogen potential. The Germans have already sent delegations to Cape Town and today it was the turn of the United States. I was invited to speak; the community may find this piece of interest?

It is the one-year anniversary of the declaration at the CoP which South Africa, United States, United Kingdom, France, Germany and the European Union all signed - the just energy transit tradition partnership.

There is something of a beauty parade of nations looking to engage with South    Africa with German and now American delegations focussing on Cape Town and  it was great to join the office of the president and USTDA in discussing green hydrogen in response to demand from partners on the ground in South Africa, including yourselves.

USTDA provides grants-based funding for project preparation activities, such as feasibility studies, technical assistance, and pilot projects in order to structure bankable infrastructure deals. That can be financed, implemented, and sustained. And we also connect overseas project sponsors with us partners for our reverse trade missions, industry conferences, and expert workshops such as this.

Clean energy is one of USTDA’s focuses and it's actually one of our biggest global portfolios in the Sub-Saharan Africa region. Our work in the energy sector is focused on working across the energy value chain 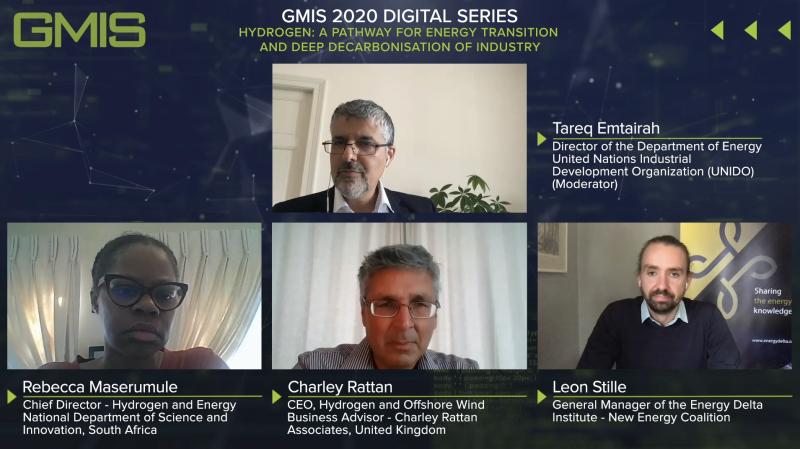 The United States is committed to having a first of all actually, let me first start by acknowledging our partners from the presidency who came here. We really appreciate that your guys are here today of the presidency.

This is an incredibly ambitious, long term effort. And I I'm so proud that in that we're working on this now and moving that way. South Africa has expressed the need to develop infrastructure for green hydrogen and ammonia. These are key technologies for green energy transition, including in the hard to abate sectors such as steel and cement production and heavy duty transportation.

There's great momentum. Sasol and the progress that they're making, Eskom has announced investing billions of dollars kilometres of transmission line facilitate over four genetic electricity to the grid. And other renewable energy and grid strengthening investments will be key for producing sustainable green hydrogen and ammonia.

Now is the time actually the best time would have been 10 years ago. And now we have to start moving on to develop rehydration plans for deserts and forests. And these partnerships will shape South Africa's green hydrogen sector and related industries such as steel mining and transportation and of course, US was a natural partner for South Africa.

Given expertise in the green hydrogen sector. We believe there's enormous opportunity for industry and government to come together and accelerate this process. 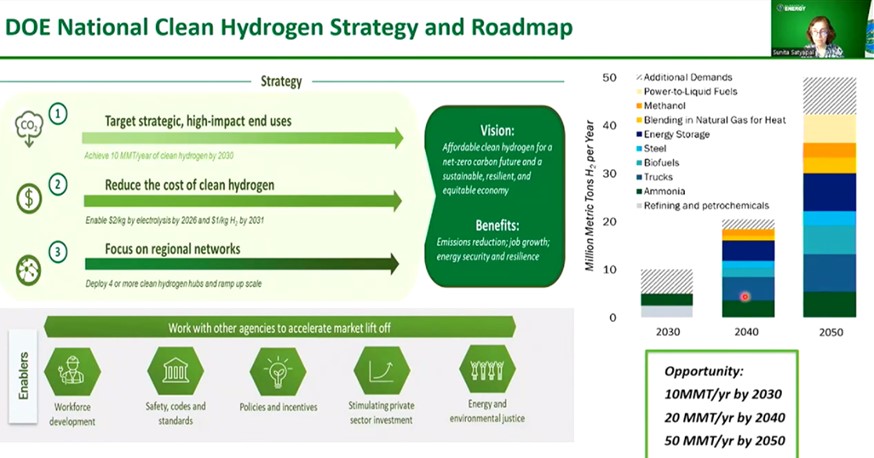 At the time, DSI was working on the hydrogen society roadmap, and if you know what it takes to develop a country strategy, it's like trying to manoeuvre a massive tank. Let's say methanol or ammonia powered tanker in this case, but easy thing to pivot towards. And that starts with a single thing with the modern cape to quickly respond to the messaging that is offered.

Green hydrogen strategy with the Northern Cape emerging as a hub for green hydrogen, development of their rich renewable energy resources. And that was a process that we were able to do within six months from the first discussion in March 2021 with the Northern Cape Premier, to the approval of a provincial strategy approved by the provincial cabinet and up underpinned by the Port of Rotterdam, acting as an aggregator for imports into the Netherlands and North western Germany, and two of Sasol, one focused on exports and another focused on domestic utilisation.

That message potentially was lost in the euphoria around the gap, which obviously is very seismic and has a focus also on hydrogen. But it was an important messaging that became a precursor to the green hydrogen, hydrogen society roadmap and what detail we will be releasing soon for public comment, which is the commercialization strategy.

An important element to understand in terms of South Africa's positioning around green hydrogen, is that we see it as a vector for the reindustrialisation of the country. We see it as an opportunity to combine our mineral endowment with our renewable energy endowment and drive the potential to produce value added products.

As such, we see significant opportunity for collaboration and cooperation with other African states because our positioning is slightly different, we'll never be in a position to supply pipes hydrogen, like Egypt, or Morocco or others may do. But what we have is an industrial base that hydrogen has a significant potential to decarbonize.

Some of our estimates, talking about hydrogen having the potential to decarbonize 15, approximately 15% of our current emissions and to potentially see South Africa producing in the region of six to 13 million tonnes of green hydrogen both for the domestic and export market. So it really is something that could be catalytic to the South African economy. And as such, it's recognised as one of the five big frontiers in the draft South Africa, country investment strategy. We look forward to collaborating and cooperating with you next time 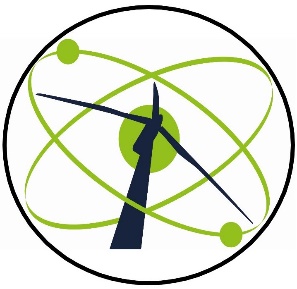