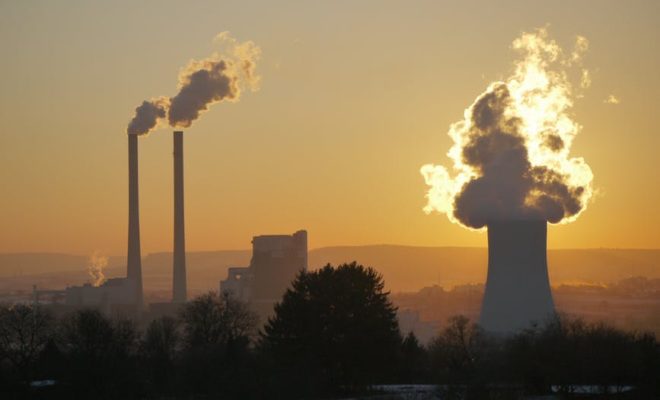 Environment ministers from the world’s seven biggest advanced economies have agreed to phase out international financing for coal projects by the end of this year, do the same for all fossil fuels over a longer time span, and deliver tough enough national climate targets to help keep average global warming to 1.5°C.

“International investments in unabated coal must stop now,” said the communiqué signed by ministers from Canada, France, Germany, Italy, Japan, the United Kingdom, the United States, and the European Union. The countries “commit to take concrete steps towards an absolute end to new direct government support for unabated international thermal coal power generation by the end of 2021, including through Official Development Assistance, export finance, investment, and financial and trade promotion support.”

Reuters explains that coal “is considered unabated when it is burned for power or heat without using technology to capture the resulting emissions, a system not yet widely used in power generation.”

COP 26 President Alok Sharma of the United Kingdom has made it his “personal priority” to end international coal financing and make this year’s UN climate conference the one “that consigns coal to history,” the news agency adds. That’s after his own government failed to rescind local planning approval for the UK’s first new underground coal mine in 30 years, in Cumbria.

The decision at the G7 ministerial meeting May 21 also “underscored the return of the United States as a force for global climate action after the country remained on the sidelines” during the Donald Trump years, the Washington Post reports. “Precisely how G-7 leaders plan to make good on that promise remains to be seen,” but the decision “puts pressure on China, the world’s largest emitter, to follow suit.”

“This G-7 announcement leaves China alone as the only significant funder of overseas coal power plants,” said Bernice Lee, founding director of the Hoffmann Center for Sustainable Resource Economy. “Beijing has already signaled it is quitting coal funding in Bangladesh, and I think this will raise further questions over its export finance strategy. Does China really want to be the last one standing for an industry on its last legs?”

Some climate campaigners still urged the G7 to set out a more focused plan. “Too many of these pledges remain vague when we need them to be specific and set out timetabled action,” said Rebecca Newsom, head of politics at Greenpeace UK.

The Post says the G7 also committed to protected 30% of the world’s lands and oceans by 2030, in a bid to reverse species and habitat loss and support natural carbon sequestration. “Today’s G-7 statement is a landmark one,” responded National Geographic explorer-in-residence Enric Sala. “Countries are not kicking the can down the road anymore but are acting on overwhelming scientific evidence that urges us to protect at least 30% of the planet by 2030 and achieve carbon neutrality by 2050.”

Environment ministers from the world’s seven biggest advanced economies have agreed to phase out international financing for coal projects by the end of this year, do the same for all fossil fuels over a longer time span..The countries “commit to take concrete steps towards an absolute end to new direct government support for unabated international thermal coal power generation by the end of 2021”

This sounds all well and good, but I worry it being another general agreement with no real teeth or follow up action. There doesn't seem to be anything that would prevent a future administration in any of these countries from coming in and changing their mind and moving in the opposite direction. Am I being too pessimistic?