France aims to spend €30 billion on decarbonising its economy

The country wants to invest billions of euros into decarbonising its economy, speeding up its target of becoming Europe's first major country to achieve carbon neutrality by 2050

France aims to spend €30 billion on decarbonising its economy

The country wants to invest billions of euros into decarbonising its economy, speeding up its target of becoming Europe's first major country to achieve carbon neutrality by 2050. #BrusselsBureau 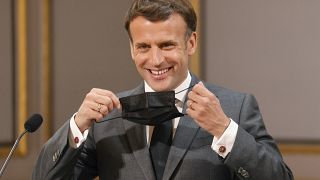 By generating more than 41% of the energy in France, "nuclear makes us autonomous", Macron said. "It also preserves French purchasing power, with a kWh on average 40% cheaper than in our European neighbours." Nuclear energy must therefore "continue to be a pillar" of the French energy mix "for decades to come", he said. French nuclear know-how is exported all over the world and has a trade surplus of EUR7 billion and this "major asset needs to be consolidated".

For that reason, the France Relance recovery plan announced on 3 September includes the government's commitment to invest nearly EUR500 million (USD606 million) in the nuclear sector. With EUR100 million by 2021, this fund will aim to support strategic players in the sector who would otherwise be in difficulty owing to the pandemic crisis. This fund will be supplemented by a EUR70 million modernisation fund for companies in the sector. France Relance will also enable development of small modular reactor technology.

"Everything that makes France an independent, listened to and respected power is based on the nuclear industry," Macron said.