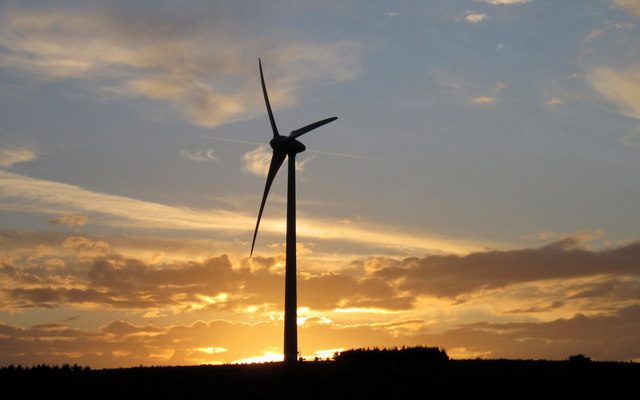 The permanent reductions in conventional energy demand wrought by the COVID-19 pandemic will change the oil and gas industry forever, leaving renewables as the only energy form resilient enough to keep growing, according to separate assessments released last week by the International Energy Agency (IEA) and Europe’s biggest fossil, Royal Dutch Shell.

The brutal analyses land amid a flurry of headlines that capture a petroleum sector in turmoil, beset by slashed exploration budgets, scaled-back production, and often devastating financial results for the first three months of 2020—particularly in the Canadian industry.

On Thursday, the Paris-based IEA reported the pandemic had delivered a collapse seven times greater than the 2008/2009 economic crash. “The IEA said the most severe plunge in energy demand since the Second World War would trigger multi-decade lows for the world’s consumption of oil, gas, and coal,” The Guardian writes, leaving renewables as the only energy source with the resilience to keep growing.

“The plunge in demand for nearly all major fuels is staggering, especially for coal, oil, and gas,” said IEA Executive Director Fatih Birol. “Only renewables are holding up during the previously unheard of slump in electricity use.” While “it is still too early to determine the longer-term impacts,” he added, “the energy industry that emerges from this crisis will be significantly different from the one that came before.”

The IEA sees renewable energy growing 5% this year to account for nearly 30% of the world’s electricity use, while oil demand falls by 9%, coal by 8%, gas by 5%, and overall energy demand by 6%—the equivalent of all the consumption in India, the world’s third-largest energy user, or the combined energy demand of France, Germany, Italy, and the United Kingdom. Those shifts are expected to translate into an 8% reduction in greenhouse gas emissions.

“The growth of renewables despite a global crisis could spur fossil fuel companies towards their goals to generate more clean energy, according to Birol, but governments should also include clean energy at the heart of economic stimulus packages to ensure a green recovery,” The Guardian writes.

“The big takeaway is that fossil fuels are getting hit way harder than renewables,” tweeted climate scientist Glen Peters, senior researcher at the Oslo-based Center for International Climate Research (CICERO). “When the world rebounds, we may be in a ‘new normal’ with renewables causing declining CO2 emissions!”

On the same day, Shell CEO Ben van Beurden admitted fossil demand may not fully recover after the pandemic is over, leaving his company bracing for the shift, Bloomberg states. “There will be changes, and therefore we have to be ready for that,” said van Beurden, who just half a year ago was insisting his company had “no choice” but to invest in new fossil projects. “That means that we probably have to re-establish what is going to be our strategy.”

That’s partly because the lifestyles that drive energy consumption (and fossil fuel emissions) will likely “be altered for some time to come, whether that is because of the economic bandwidth that people will have or businesses will have, or whether it is because of attitudes,” van Beurden told media. “We do not expect a recovery of oil prices or demand for our products in the medium term.”

Will demand ever fully recover? “That is hard to say,” he admitted. “We live in a crisis of uncertainty at the moment; we don’t know what is on the other side.”

Even before the pandemic, “attitudes have of course been changing for some time as the world shifts gradually toward cleaner forms of energy,” Bloomberg writes. “Mounting pressure from customers, governments and—increasingly—investors has seen large oil companies make ambitious promises to slash their carbon emissions.”

But many colossal fossils, including Shell, “haven’t provided a blueprint on how much they’ll invest in clean energy to fulfill their long-term pledges. Now, with the coronavirus crisis reshaping the entire oil market and the future of consumption, such investment plans may be brought sharply into focus.”

While those pivots begin to take shape, the most recent sharp focus has been on the massive losses sweeping an industry that was far too slow in recognizing its own decline.

The Petroleum Services Association of Canada said a C$7-billion reduction in fossils’ spending plans will bring the number of wells drilled across the country this year to a 49-year low. Crashing oil prices have “left producers little incentive to drill for more, with the price of a barrel of oil now fetching less than a cup of coffee,” tweeted interim CEO Elizabeth Aquin. “We expect to see a 38% drop in activity for oil wells versus 2019.”

Rystad Energy is projecting a 41% decline in Canadian exploration and production spending, to less than $21 billion.

“It was clear from what we were seeing on the product demand side in North America that we were going to see supply and demand collide in a very messy way this quarter,” Husky CEO Rob Peabody told financial analysts Wednesday. “Our strategy is to keep as many barrels away from the train wreck as possible to minimize negative cash margin.”

“We know this pandemic will pass, the markets will recover and, as benchmark prices begin to return to more normalized levels, we expect to see these price-driven impacts to our business begin to reverse themselves,” added Cenovus President and CEO Alex Pourbaix. “What’s not clear is exactly how long that’s going to take.”

So far, “companies are hunkering down and preparing as best they can with a combination of cutting pay, reducing capital spending, restricting dividends and, of course, pulling back on oil production,” writes CBC business reporter Kyle Bakx. But “if these first quarter results are bad, the second quarter is already expected to be much worse, with historically low oil prices that even turned negative for a few days.”

Which means “the biggest concern for the oilpatch is how long this will last,” Bakx adds. “The downturn of the last five years was too tough for many companies who went bankrupt, and the current predicament is immensely more difficult, with little optimism about when the situation will improve.”

The carnage had the Financial Post amplifying fossils’ insistence that if they can’t survive in the global market they’ve helped to build, taxpayers should bail them out. “We have had significant discussions with both the Alberta government and the federal government about the need for incremental liquidity support,” Pourbaix said during his company’s earnings call last week. “We’ve been hearing for weeks that support is coming. Weeks have passed and the industry is still waiting, and particularly, the larger side of the industry.”

Financial results last week were more mixed among global fossils. ExxonMobil announced its first quarterly loss in three decades, at US$610 million, and cut spending by $10 billion, BP saw its profits fall two-thirds, to US$800 million, and Chevron announced plans to cut costs, on the heels of $3.6 billion in quarterly profits driven largely by selling off some of its oil and pipeline properties. But Rystad expected global exploration and production revenues to fall $1 trillion this year compared to 2019, and the IEA said some oil fields would descend into chaos due to the fast pace of production stoppages.

“Lockdown measures have caused unprecedented demand declines, whose speed and magnitude greatly exceed the normal market flexibility of supply,” the agency wrote. “Even with attempts at coordinated management, a disorderly production shutdown is likely in some places.”

In stark contrast, Bloomberg says European power utilities that have embraced green energy are poised to weather the storm much better. The news agency cites utilities as the third-strongest sector on the Stoxx 600 this year, losing only 11% of their value compared to 17% across the broader market.

“European utilities with bulging renewable energy portfolios are showing that the way out of the coronavirus slump is coloured green,” Bloomberg writes. “Energy companies from Ørsted A/S to Iberdrola SA reported robust first quarter earnings in a period that has been bedeviled by a slump in energy demand and a collapse in gas prices. Owning large wind and solar portfolios has so far protected those companies from the worst effects of the crisis.”

“There is complete consensus that the road to economic recovery must be green,” Iberdola chair Ignacio Galan said Wednesday.