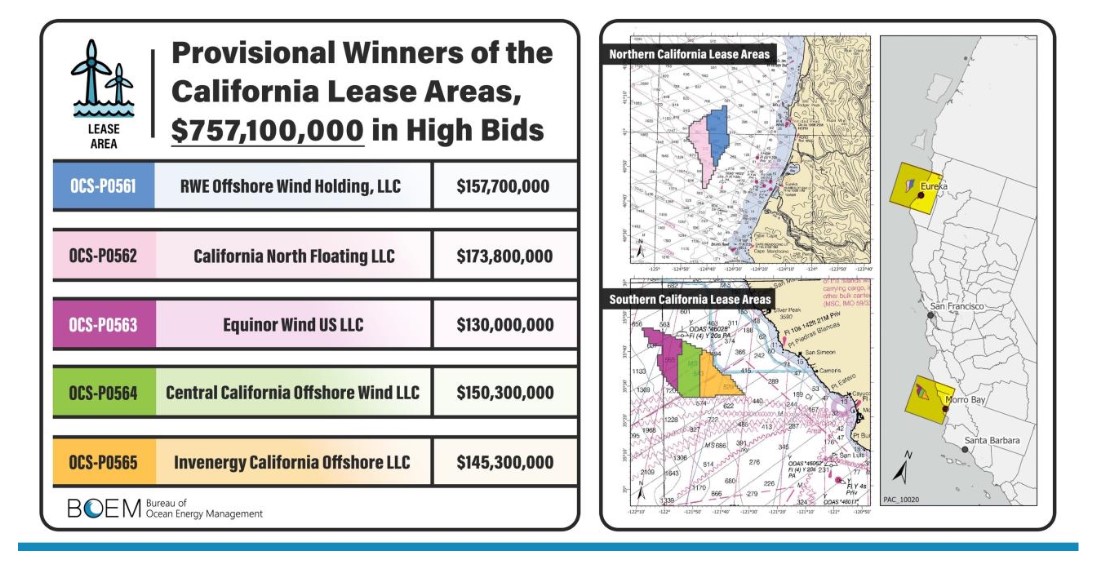 Five developers have been named as provisional winners after pledging to spend over $750m on five wind lease areas in the Bureau of Ocean Energy Management’s (BOEM’s) California offshore lease sale. 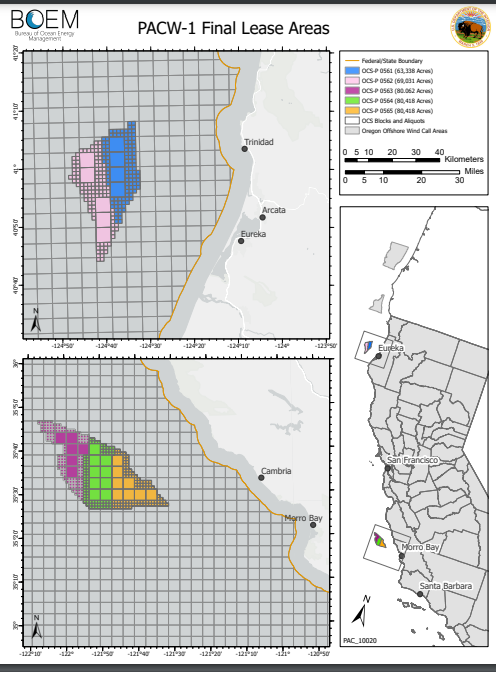 Join the community of sectoral experts: Floating Wind and Hydrogen