Scotland is at the forefront of the green energy revolution and here's a manageable scheme for hydrogen to help here maintain that position.

Through Blue to Green – Hydrogen and Innovation in the Northwest of...

SGN wants to build a fully renewable hyrdrogen network which would serve about 300 homes in Fife. 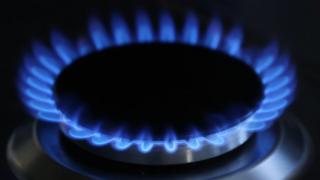 SGN says it has asked Ofgem if it can build the H100 Fife facility to serve 300 homes at Levenmouth with the option to expand further.

The hydrogen would replace natural gas as a green alternative for heating and cooking.

The company hopes to have it operational within about three years.

Offshore wind would be used to generate the electricity required to create the hydrogen from water through a process called electrolysis.

I'm assuming it's too early for this hydrogen to be coming all from that offshore wind and green hydrogen would only be pumped in when it's available, right? I'm not seeing any mention of other sources to generate the hydrogen in this article though

One to track I suggest Matt. The plans will need scrutiny by stakeholders and we watch with interest.

In fact I read about this project in a LinkedIn Post shared by David Wick of Intelligent Energy that refers to an article in Business Green. That LinkedIn post generated many comments and quite a lot of controversy. Certainly I am a very strong advocate of green hydrogen and am happy to see more electrolysis projects and the promotion of hydrogen in general and green hydrogen in particular to replace many inefficient and fossil-fuel intensive power applications.

Nevertheless, I believe that the long-term success of green hydrogen will depend on it proving cost-efficient and cost-effective, and as such not EVERY application is appropriate. And I fear that this example of Hydrogen to Homes is one such example. The use of natural gas for cooking and heating water in the UK is well-established and SGN has its gas pipe infrastructure in place. Methane does have a carbon footprint and releases greenhouse gases, but usually due to leaks in methane production plants, not in methane distribution. The enormous investment required to build a green hydrogen electrolysis plant using surplus wind energy is smart and that hydrogen can and should be stored, but the highest priority for its use should be to replace power applications that are very dirty and difficult to electrify.  Not to heat homes which can be done more directly, efficiently and economically with electrification or geothermal heating or stay with the current gas system. That green hydrogen should go to industry to replace steam-reformed brown hydrogen.

In any case, transporting and storing hydrogen from any source - gas or liquid - is extremely expensive and energy-intensive. GenCell's technology enables the transport and storage of hydrogen via liquid ammonia - far easier, safer and less expensive.

Thanks for chiming in, Rami.

Not to heat homes which can be done more directly, efficiently and economically with electrification or geothermal heating or stay with the current gas system. That green hydrogen should go to industry to replace steam-reformed brown hydrogen.

I agree with this, that the main end goal of hydrogen can and should be in industrial applications. But I would think that the more immediate uses and customers can be found the more that the technology will be able to develop and commercialize. Could the process of mixing some marginal amount of hydrogen into the gas supplies that are going to homes be useful in terms of creating an early market for the fuel, providing steps towards decarbonizing that sector, and be beneficial for the long-term outlook for hydrogen overall? Or would you still argue that all efforts should be funneled towards those industrial applications to get them effective, affordable, and implemented ASAP?

Thanks both for some informed discussion.

I wonder whether the real value is that Scottish planners are sending a message out to developers. If you want a consent then you need to show your 'green commitment.'  Aberdeen has aspirations to become a hydrogen hub and this small step helps that overarching regional narrative.

Your suggestions have merit, yes it is important to create an early market for green hydrogen, and yes it is important that Scottish regulators and energy planners make it clear to energy producers that they must have "green commitment". But then we must apply cost-benefit analysis. @Charley Rattan do you know the cost to SGN and the consumers for the electrolysis plant and for the modifications to their transport infrastructure and end-user equipment that is required to enable the system to switch from burning only methane gas to transporting and burning hydrogen and/or a gas/hydrogen mix?

If the cost in terms of money and energy is not too high, then it makes sense. But if the project proves wasteful in terms of financing and energy efficiency, I fear that it would make a bad name for green hydrogen and discourage other projects that might make more economic sense.