Aberdeen.  Home to Scottish oil and gas and the energy transition......the move is “very positive” for the region, which is “uniquely positioned to lead the drive towards creating a hydrogen economy”, thanks to its natural resources and oil and gas legacy.

Dolphyn will start with a 2MW prototype in 2024, followed by a 10MW unit in 2027, both of which will lie in the Kincardine Offshore Windfarm.

ERM wants the first commercial 10-turbine (100MW) hydrogen-producing windfarm online by 2030. From then on they’re aiming even bigger – at a massive 4GW wind farm by 2034, enough to power 1.5million homes.

Ultimately, ERM wants to deploy this technology at a large enough scale to replace natural gas needs in the UK and further afield – the firm has projections of creating a network of hydrogen wind farms that could replace 50% of UK gas demand by 2065.

Join me and over fourteen hundred companies and individuals at the Offshore Wind and Hydrogen: https://bit.ly/3gHQa0V. Professionals Group.

Aberdeen has been selected as the home for Dolphyn, the “world’s first” offshore floating facility to produce green hydrogen. 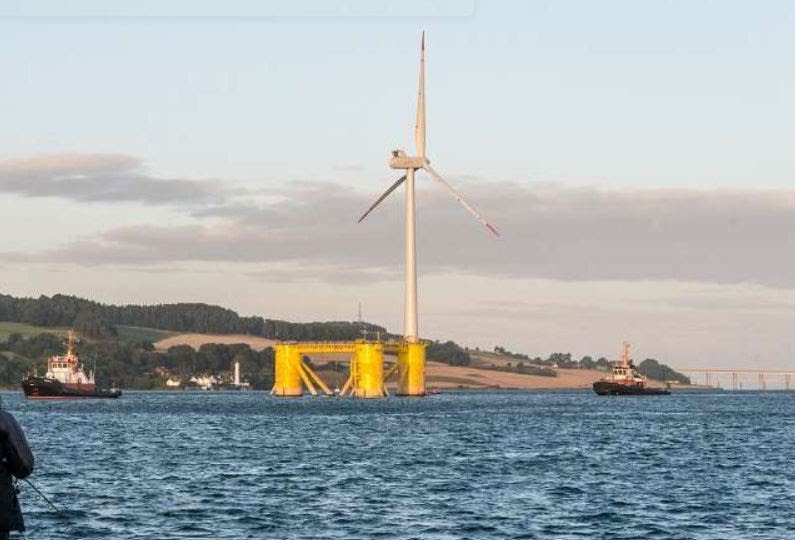