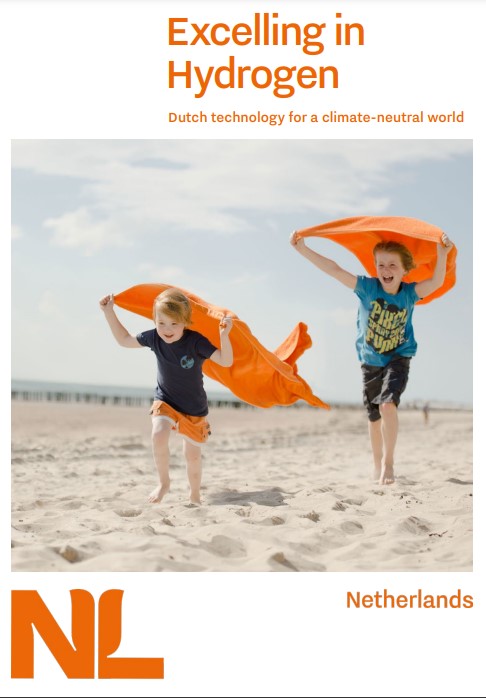 Scaling up clean hydrogen production requires large amounts of renewable electricity. Wind power in particular is a vital enabler. The Netherlands aims to install 21 GW of offshore wind capacity by 2030, and to produce at least another 35 Terawatt hour of renewable energy on land.

Given the high expectations for clean hydrogen usage for multiple applications, even more capacity is probably needed to fulfil these ambitions. As a signatory of the Paris Climate Agreement, the Dutch government has enshrined in law its commitment to a decarbonised future, and has agreed ambitious targets (see the box) in a national Climate Agreement. In addition, the Netherlands is committed to working proactively on the Sustainable Development Goals (SDG’s).

As such, we are committed to reducing carbon emissions while making sure potential negative effects of this transition on the wellbeing of people and communities anywhere in the world are limited. For one of the most densely populated and industrialised countries in the world, meeting these targets will present considerable challenges. Billions of euros will be invested over the coming decade alone to accelerate the energy transition. The Netherlands plans sizeable investments in renewable energy, especially offshore wind energy. Other key policies are aimed at putting all this carbon-neutral power to good use, through large-scale electrification of cars, residential heating through heat pumps and the electrification of industrial processes.

Yet, even with these ambitious policies, persistent challenges remain. For example, the country’s large industrial sector requires huge amounts of high temperature process heat, as well as feasible alternatives for fossil-based feedstock. As we become increasingly reliant on intermittent energy sources, such as wind and solar power, we urgently need solutions for storing large amounts of energy to avoid grid congestion and assure security of supply, both in the short term and across seasons.

Yet another challenge is to decarbonise the marine shipping and road haulage sectors as well as finding a substitute for the natural gas used for heating buildings. Hydrogen: a crucial link Hydrogen is widely seen as a crucial technology to overcome such fundamental obstacles to full decarbonisation. It can be used as an alternative to natural gas in industrial processes, as a feedstock for the production of chemicals, and as a carbonneutral fuel in virtually all modes of transport, especially those for which electrification is not (yet) an option.

Through electrolysis, hydrogen can be used to store and distribute large amounts of renewable electricity, paving the way for further large-scale investment in wind and solar power and creating new opportunities for grid balancing, seasonal storage, providing large scale energy infrastructure alternatives and even global exports of renewable energy.

OurEnergyPolicy Event Summary - The Road Ahead for Oil and Gas

Industry leaders discuss the current status of oil and gas production and markets, challenges facing the sector, and the industry’s role in the energy transition.

Jim commented on ...
The Provision of Energy without Fear -Decision Time
The paper was very interesting. But it just seemed to list reasons we won't have enough energy so we need Nuclear Energy.
Energy Central Jobs
Featured Jobs
More Jobs