The EU’s priority is to develop “green” hydrogen and largely deploy it for sectors hard to decarbonise or where electrification is difficult or impossible from 2030 to 2050. But it recognized the need for a phased, gradual approach where a halfway house of “blue hydrogen” will play a role.

From 2020 to 2024, hydrogen electrolysers installations of at least 6 gigawatts of renewable would be set up in the EU, with the production of up to one million tonnes of renewable hydrogen. 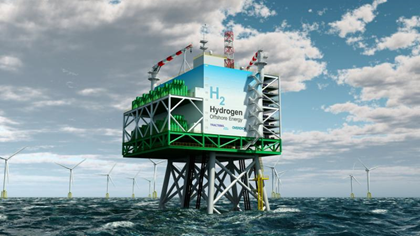 Hydrogen will have support from the European Commission

EU Commission recognises it as a key pillar of our energy system. H2 is expected to provide at least 13% of the final energy demand by 2050 in Europe.

As much hydrogen  as possible and as soon as possible. Renewable gases, mainly hydrogen, will gradually take over from natural gas in Europe.

Steel, air traffic, shipping, cement production the key sectors for the industrial fabric in Europe and the commission is will support decarbonisation through hydrogen.

Blue hydrogen will be also considered in order to create new markets, paving the road for green hydrogen in the longer term.

The European Commission on Wednesday unveiled a strategy to scale up renewable hydrogen projects across polluting sectors from chemicals to steel and push for clean fuels and energy efficiency to meet the EU's net-zero emissions goal by 2050.

ESG Reporting – How It Impacts Your Data Strategy
Europe’s crisis policy outlook
Brussels to tackle Europe's gas crisis.
Over the Next 3 Years, FERC Foresees 67.1-GW of New Solar Capacity and 17.5-GW of Wind But Only 3.2-GW of Net New Natural Gas

Michael commented on ...
100% Clean Electricity by 2035?
Fundamentals of mathematics and computer computation do not support the veracity of the climate models.

John commented on ...
100% Clean Electricity by 2035?
I posted my responses below yesterday in a screaming panic (late for an appointment).

Mark commented on ...
New study shows that renewable energies significantly reduce electricity prices
Thanks Simon. I would be shocked if the results were much different. But with the data you have is it possible to ask the same questions with,...