The combination of popular mobile e-money and cheap, safe, reliable, efficient home solar energy technology is proving to be a potent combination when it comes to achieving sustainable development across the developing and less developed world.  Recent developments in Africa highlight the trend.

The African off-grid solar industry is maturing and investor interest is growing, and fast. Among the highlights: 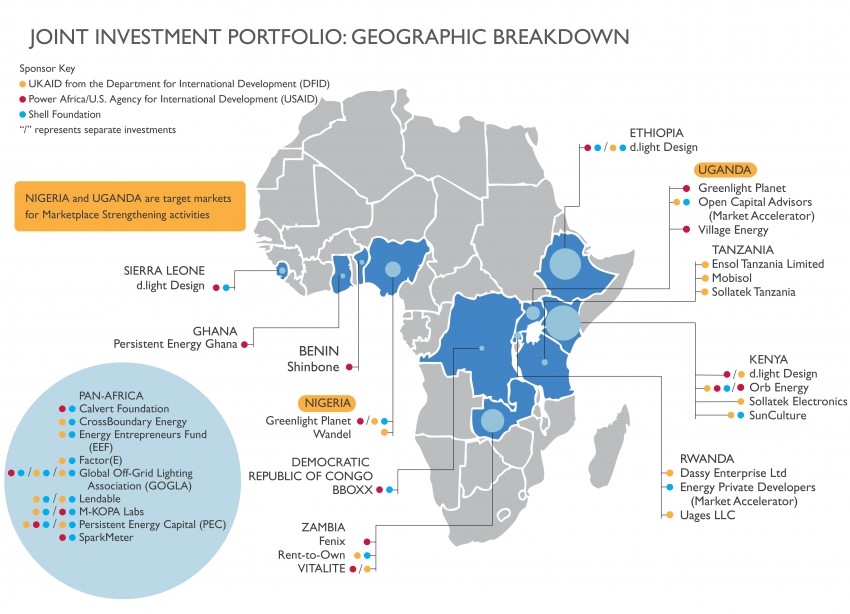 Europe's Engie has been particularly active lately when it comes to acquiring or taking equity stakes in solar and other distributed renewable energy businesses, as well as developing projects. In addition to the proposed acquistion of Fenix, Engie has acquired bankrupt Sungevity's European business and taken an equity stake in Unisun, a Chinese PV developer.

An international collaboration on the part of sustainable development and social enterprise minded clean energy entrepreneurs, Fenix International employees 350 people. More than 140,000 customers are using its ReadyPay mobile pay-as-you-go solar energy products and service, according to an Oct. 19 press release.

Engie and Fenix management have agreed for the former to acquire 100 percent ownership of the latter. Terms and conditions were not disclosed. It's estimated that some 600 million Africans lack reliable access to modern electricity services.

“Fenix will be the agile growth engine for ENGIE’S SHS business in Africa and enable us to become a leading profitable off-grid energy services company on the continent, reaching millions of customers by 2020, stated Bruno Bensasson, CEO of ENGIE Africa. “We do believe that universal access is now reachable in a foreseeable future by the combination of national grid extensions, local microgrids and solar home systems.”

“To date, Fenix has delivered solar power to over 900,000 people in East Africa. By joining forces with ENGIE we will greatly accelerate the path to our vision,” added Fenix International CEO Lyndsay Handler. “We will continue to relentlessly pursue an exceptional customer experience in all we do, and together we will make universal access to modern energy a reality.”

The projects were postponed at the request of clients due to concerns about the spread of the disease.

South Sudan Is Building Its Electric Grid Virtually From Scratch

While the idea of independent power producers is being held up as a future possibility in the West, it is already a reality in South Sudan. The country's already meager grid was wrecked in the civil war that followed its independence from Sudan..

Electricity reaches only about 60% of the population, and even those who receive electricity suffer from blackouts.

South Sudan Is Building Its Electric Grid Virtually From Scratch

Christopher commented on ...
Global Wind Expected to Grow by 112% in Next 10 Years

Considering the growth of the wind industry over the last 10 years, this is not surprising. However, increasing capacity for wind only does so much.

To achieve the 2030 goal, the state will need to deal with the retirement of two large nuclear reactors at the Indian Point Energy Center (2,400...

So great to see these creative solutions-- not only ways to use the space, but manners in which jobs are created in communities naturally hurting...