Has it only been 4 years since attorneys for Tesla Motors Inc. called the retirement of California's Diablo Canyon [nuclear] Power Plant "well-reasoned, and factually, legally and technically sound," and implied "energy storage resources paired with solar generation" could take its place?

Tesla had recently added solar panels to its product line, so the company was obviously seeking market share. But no savant like Musk, trained in engineering, could possibly believe a solar farm and some batteries would be capable of replacing Diablo Canyon's 2.3 billion watts of reliable, clean power. Climate activist Michael Shellenberger:

"This is appalling — and symptomatic of the corruption of the CPUC, which is currently under federal and state criminal investigation for closing our second to last nuclear plant, San Onofre. For the record, renewables received about 100x more in subsidies than nuclear did last year."

Alas, now it appears Musk is (belatedly) coming to his senses:

In 2019, nuclear power comprised more than 10% of the world's energy. But in the public mind, the challenges nuclear power faces have less to do with safety or practicality than, well, the image. Since the disastrous meltdown of the Chernobyl facility in 1986, the perception of nuclear has focused largely on the potential dangers of radioactive exposure and catastrophe. As recently as May 2021, scientists have continued to monitor a surge in fission reactions in the ruins of the formerly Soviet installation, which could lead to a runaway reaction. But nuclear power is not bad or dangerous. Accidents in places like Fukushima or Chernobyl are almost unspeakably rare, and guidelines, inspections, and the technology behind reactors has advanced significantly since 1986."

Whether Musk will roll back his approval of shuttering Diablo Canyon remains to be seen.

Nuclear power is making a comeback! But Bill Gates and Jeff Bezos have been making moves that could change the nearly-green energy source forever. 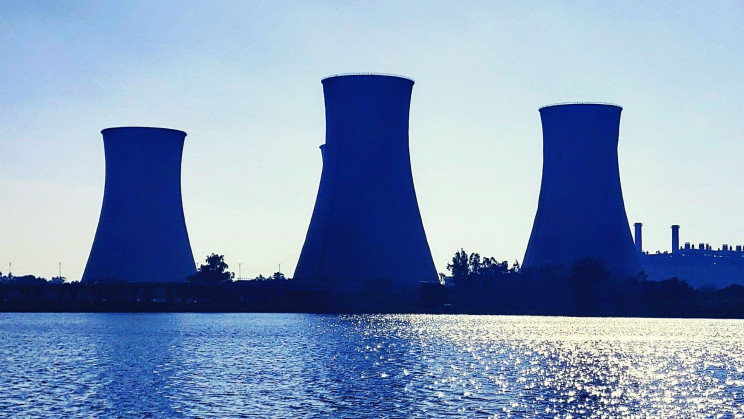 This is why I asked you to read the fine print when you commented on my link, Bob. Your dates are all messed up. The PBS interview you link to was conducted in 2007. Specifically, it was broadcast on 12/13/2007. So, Musk said we need more nuclear plants back in 2007. Musk has not "now belatedly come to his senses," as you write.

Thank you for clarifying that point, Rakesh. Though there isn't any fine print on the page I referenced nor any date to mess up, I do regret that I carelessly accepted the author's claim that

"Musk hasn't done much for nuclear lately, but his feelings seem mildly supportive..."

which, of course, should have been

"Musk hasn't done much for nuclear lately, but his feelings seemed mildly supportive in 2007..."

"But with many other billionaires, including Elon Musk, voicing on a spectrum from luke-warm to full support..."

"But with Elon Musk voicing full support during a 2007 PBS interview..."

I should have rigorously fact-checked my sources, and theirs. I'll try to do better (lol).

In 2017, Musk's support for shutting down Diablo Canyon was understandable. With his Solar City startup on the verge of bankruptcy, he no doubt recognized scuttling California's largest source of clean energy couldn't hurt sales of solar panels (nor would making its grid less reliable). And the poor billionaire was under a lot of pressure - a situation to which we can all relate!

Recently the spectre of Solar City is back in the news. When Musk bought the company out with money from Tesla, Tesla stockholders sued -  and who can blame them? Though it's getting hard to find investors who wants the millstone of renewable energy hanging around their neck anymore, some still have to learn the hard way:

"SolarCity 'had consistently failed to turn a profit, had mounting debt, and was burning through cash at an unsustainable rate,' the plaintiffs say. The suit goes on to note that the company had accumulated over $3 billion in debt in its 10-year history, nearly half of which was due for repayment before the end of 2017. The purchase by Tesla was approved by vote by 85% of shareholders."

fine print = metaphorically speaking. I have written quite a bit about Solar City (back in 2016 as well as recently) and agree with you that his motives for acquiring his cousin brother's company were suspect.