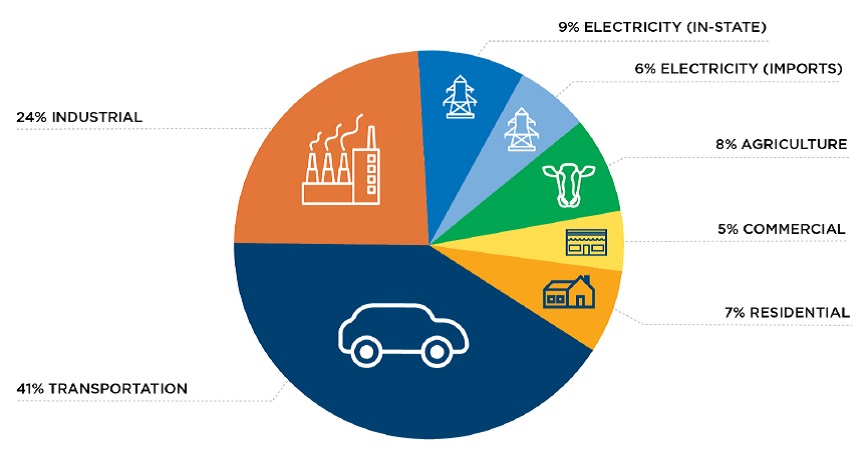 My home-state (California) has a goal to use “…renewable energy resources and zero-carbon resources…” to supply 100 percent of retail electricity sales and electricity procured to serve all state agencies by 2045.

The statute (AB 100) calls upon the California Public Utilities Commission (CPUC), California Energy Commission (CEC), and the California Air Resources Board (CARB) to use programs under existing statutes to achieve this policy and issue a joint report on the policy to the Legislature by January 1, 2021, and every four years thereafter. This post will briefly cover the first of the above reports.

California assuming it's typical role ahead of the pack with these commitments-- and their success or failure will for sure reverberate, not just in the state but in other states watching and looking for proven success so they can replicate!

Thanks for the kind comments, Matt.

Other states are already following our path, and they have for many years, and:

An increasing number of states are looking to follow the precedent set by California and adopt stricter vehicle emissions standards as the Biden administration appears poised to green light those efforts.

The Virginia legislature this past week passed legislation to toughen its emission rules, and similar proposals are in the works in Minnesota and Nevada.

Federal law limiting vehicle pollution has recognized and respected the right of California to set its own emission standards for over 50 years.  California can set its own new vehicle emissions standards to address our extraordinary and compelling air pollution problems. Other states can choose those standards as well.. The Trump administration revoked that authority, sparking a legal battle that's yet to be resolved.

But as the Biden administration appears poised to reverse the Trump policy, states are laying the groundwork for implementing their own vehicle regulations.

John, thank you for the post.  Well written report!  Good to see other states following California's lead.  As you pointed out in your report, more innovation is needed to reach the 2045 goals.   Hopefully, the Biden administration can lend a hand in funding the transition to clean energy technologies...Bill Buchan, P.E.

Thanks for the kind words, William.

Net Metering: A Missed Opportunity for Utilities to Embrace Distributed Energy Resources
What aspect of the IRA may be the most critical? A hint: it isn’t the ITC or PTC.
OIL COMPANIES and THE WINDFALLS OF WAR
A Green Deal Industrial Plan for the Net-Zero Age
Energy Central Jobs
Featured Jobs
More Jobs