Construction of a 175MW wind farm which could be the first offshore project to produce liquid air and hydrogen instead of electricity has moved from R&D to construction in Florida, US.

Scheduled for completion in 2028, Keuka Energy, behind the plans, said it is expected to produce the first renewable utility-scale stored energy.

Once completed, the system will be capable of storing 330,000m3 of liquid air and support a 235,000 horsepower wind farm comprised of 14 RimDriveTM wind machines.

Interested? Join me and over 1700 companies and thought-leaders at the Offshore Wind and Hydrogen https://bit.ly/3gHQa0V Professionals Group.

Keuka CEO Herbert Williams said, “Even though we sacrifice about 50% of our shaft horsepower to produce liquid air and/or hydrogen, the low capital cost of the RimDriveTM system combined with mechanical liquefaction – without electricity – puts it at a lower levelised cost of energy (LCoE) than natural gas.”

The ABS (American Bureau of Shipping) and BV (Bureau Veritas) are in the concept design review process of both the Keuka Energy’s Vee shaped liquid air/hydrogen storage wind platform, which will be anchored well offshore, and its 300 ton hybrid service vessel, The Tara Allen, which went under construction in 2017 at the Palatka facility.

Construction of a 175MW wind farm which could be the first offshore project to produce liquid air and hydrogen instead of electricity has moved from... 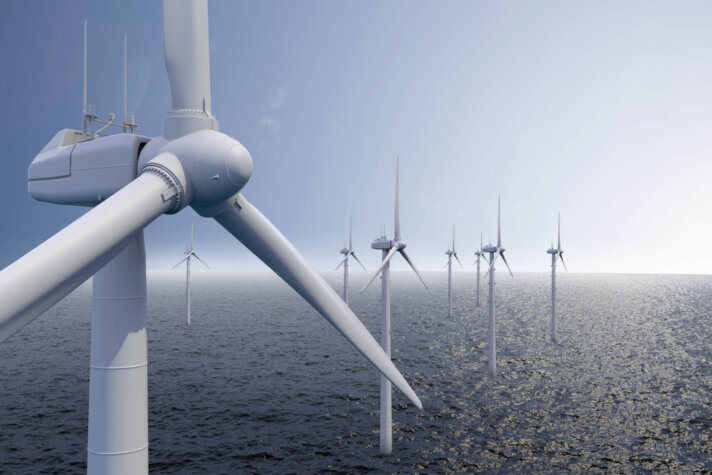