Another entrant to the world of offshore wind.

Colombia's first  Offshore Wind Resolución has been signed and published. This broadly sets out the competitive process for awarding Temporary Occupation Permits which provide exclusive rights for the exploration and development of offshore wind projects (similar to an Agreement for Lease or Option Agreement).

The Resolution also provides further details on Colombia's first allocation round, to conclude in 2023, including the area to be offered to applicants

Two offshore wind projects with a combined capacity of 550MW are at pre-feasibility stage in Colombia, as part of plans to build 1GW of turbines by 2030.

Denmark-based Copenhagen Infrastructure Partners and Barranquilla electricity firm APBAQ in March signed an initial agreement for the construction of a 350MW offshore wind farm. The $1bn plant is expected to be ready by 2026. The design stage of the project has begun and will last for approximately two years, and will include the collection of permits, the design of the infrastructure and the feasibility study for connection to the national grid.

Fertilisers company Monomeros, the Colombian subsidiary of Venezuelan state-owned Pequiven, has signed another initial agreement with APBAQ to receive the electricity produced from the site. The firm will use the power to generate green ammonia to ensure nitrogenous fertilisers for the Colombian agriculture sector.

Stay informed with the over 2500 strong experts' group: Offshore Wind and Hydrogen 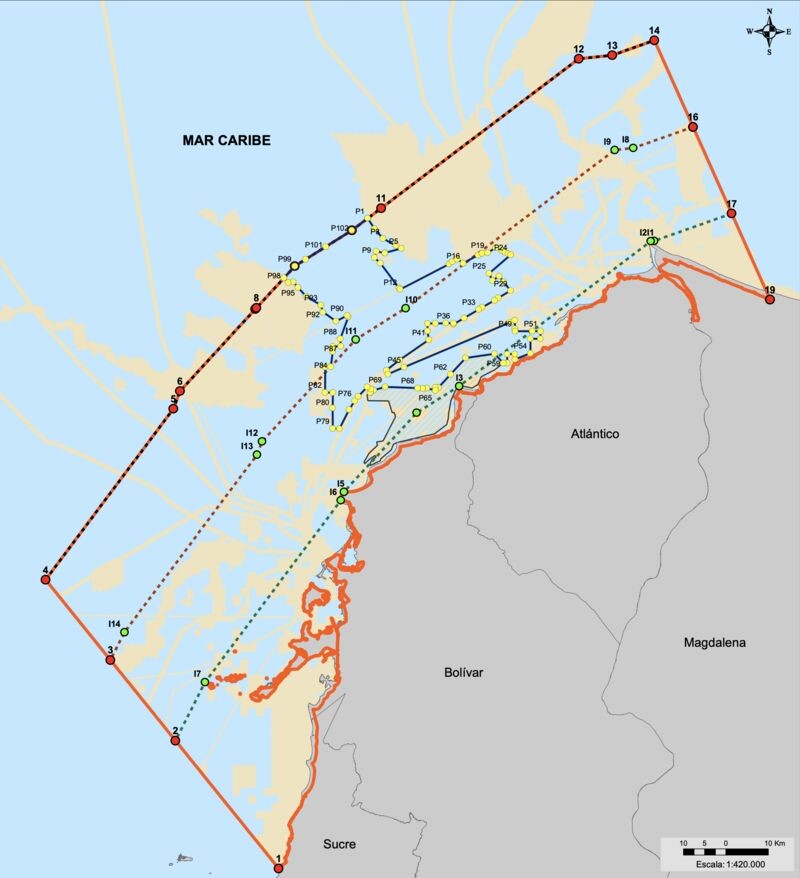