“It’s tough to make predictions, especially about the future” are the famous words from Lawrence Peter Berra, better known under the moniker Yogi. While Yogi’s words tend to see-saw between oxymoronic and blaring glimpses of the obvious, there is a deeper truth in this statement. In order to come up with qualitative predictions or quantitative forecasts, we start with the facts as we know them today. We then attempt to detect patterns in them, and logically follow those patterns into the future to see where they lead. Over the last three centuries, mathematicians have used many different theories to develop forecasting techniques, all of which follow logical trains of thought – however flawed they may be.

The problem is what John F. Kennedy articulated eloquently in his speech on civil defense on May 25, 1961: that this “assumes rational calculations by rational men. And the history of this planet, and particularly the history of the 20th century, is sufficient to remind us of the possibilities of an irrational attack, a miscalculation, an accidental war, or a war of escalation in which the stakes by each side gradually increase to the point of maximum danger which cannot be either foreseen or deterred.” Peace time cannot escape the same fate either – that irrational decisions or unintended consequences of well-meaning decisions end up driving the course of history. So, rather than come up with new predictions, I take up one rather well-established statement and examine how human behavior can change the anticipated course these are expected to take.

Solar power will continue its near-exponential growth across all sectors

The above graph comes from SEIA, as of 3rd Quarter of 2019.  Even if we ignore the spike in 2016, the pattern is pretty much exponential over the last eight to ten years, and it would be reasonable to conclude that the growth will continue. Except: the consensus is that this growth is going to slow down, if not stall over the next 3 years, and hitting highs no earlier than 2023. There are several reasons for this anticipated decline, all of which are consequences of legislative policy at the federal and local level: 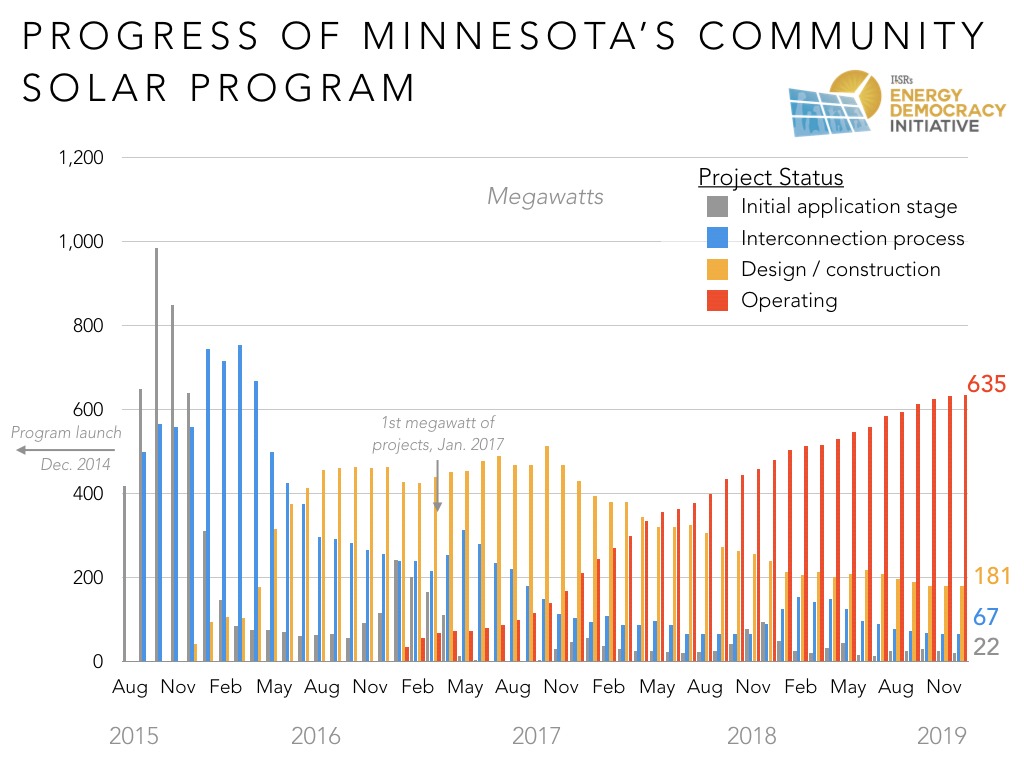 Finally, there are some rather disturbing trends in legislative policy that might also affect the growth of renewable energy – though we expect the impact to be very much localized to some states.

In Florida, after the controversial ballot initiative failed in 2016, progress has been slow – ironic, considering every license plate from there announces the glory of the Sunshine State[iii]. And in the first week of this year, another ballot initiative that would have opened up the electricity market to retail competition was killed by the Florida Supreme Court[iv] - based on the argument that the summary submitted was misleading on the issue of sale of energy by consumers.

In Ohio, the House Bills 6 and 247 are effectively dealing blows to renewable energy and energy choice in order to favor fossil fuel and nuclear technologies.

I could go on, but I won’t. To paraphrase Mark Twain, no law-abiding citizen is safe when the legislature is in session, or for that matter when the regulatory agencies are taking an activist role as opposed to implementation role – especially in an election year.

Remember to wear those seat belts, and good luck!