"On July 31, China General Nuclear Power Group (CGN) announced that Unit 5 at the Hongyanhe plant in Liaoning Province has begun commercial operation, giving China 51 commercial-scale power reactors, only five fewer than France, which currently sits at the number-two spot on the list with 56 operating reactors.

Hongyanhe-5, construction on which commenced in March 2015, is a 1,061-MWe ACPR-1000 pressurized water reactor, a CGN design based on the older CPR-1000. The unit reached first criticality on June 13 of this year and was connected to the grid on June 25. Its twin, Unit 6, is slated to enter commercial operation next year. (Hongyanhe-1 through -4 are CPR-1000s.)

According to the International Atomic Energy Agency, “The ACPR-1000 . . . focuses on the safe performance of the reactor while improving the economic efficiency. This enhanced version of the three-loop CPR-1000 has higher seismic standards [and] features a double containment and a reactor core catcher for severe accident mitigation purposes.”

Powering the province: “The commercial operation of Unit 5 will further optimize the power structure of northeast China and increase the proportion of clean energy,” said plant owner and operator Liaoning Hongyanhe Nuclear Power Company. “According to calculations, with five units now in operation, the annual on-grid power can reach 37.5 billion kWh, which is equivalent to about 15 percent of the annual power consumption of Liaoning Province.”

And here comes number 52: Structural integrity and integrated leak rate tests for Unit 6 at the Fuqing plant in Fujian Province were completed on July 20, according to China Nuclear Power Engineering Company, the China National Nuclear Corporation subsidiary in charge of construction, equipment procurement, trial testing, and operational maintenance at CNNC plants. Fuqing-6 is expected to begin operations before the end of the year."

China continues its relentless march toward the top of the list of nations with the most power reactors. 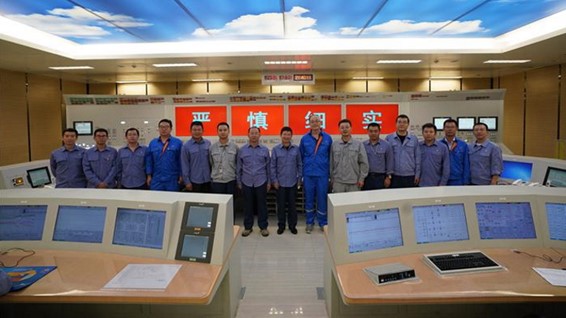 Matt commented on ...
For Energy Central Community Members Heading to Distributech, Be Sure to Check Out Our Partners in Person
Let us know if you'll be there, too! We love meeting our Community Members in person.