"New generation nuclear power stations might be crucial to achieving the target of zero emissions by mid-century and staving off the worst of the climate crisis, a new study published in the journal Nature Energy suggests.

Solar power and wind are key to hitting this goal, but they might not be enough without major investments, or in places without much sun or wind.

To minimize the catastrophic consequences of global warming, humanity needs to keep the global mean temperature below the threshold of 1.5 C above the pre-industrial average. Crucial to achieving that is energy production reaching zero emissions globally by 2050. Previous studies have shown that by ramping up solar and wind power stations, our species can easily reduce emissions by 80 percent.

To achieve the goal of 100 percent reduction, there ought to be major expansions in energy storage capabilities and electricity transmission capabilities. This is because the wind doesn’t always blow and the sun doesn’t always shine. If these expansions aren’t or cannot be implemented, there’s a need for more zero-carbon energy sources – and that’s where new designs of advanced nuclear power plants come in."

Note the title refers to a zero-emission world - not "net-zero", not "low-carbon", not "carbon offsets", "credits", or any of the other qualifiers renewables advocates require to justify their obsession - BM

New generation nuclear power stations might be crucial to achieving the target of zero emissions by mid-century and staving off the worst of the climate crisis. 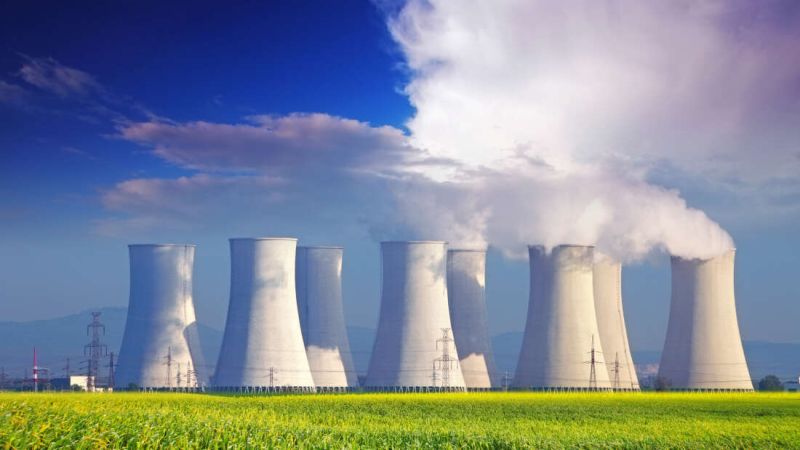 I would add a caveat. Nuclear power needs to be reasonably affordable. That is clearly not the case in the US, as demonstrated by the financial fiasco at the Vogtle nuclear plant currently undergoing construction.

Can nuclear power be sort of competitive? Maybe, but only if the existing US regulatory licensing process is modernized (simplified). That is a highly problematic proposition, in spite of a recently enacted law to modernize the licensing of new reactors.

I'll be blunt. The Nuclear Regulatory Commission (NRC) is hell-bent on increasing their control over the nuclear industry, while simply ignoring the new law. The unelected bureaucrats are attempting to create highly prescriptive and more complex regulations that vastly exceed current requirements. It gets worse.  Hundreds of pages of comments on the proposed regulations have been completely ignored by the NRC, to the utter consternation of industry and the public. Indeed, the NRC refuses to address any comments and concerns. So much for the NRC's BS claims of transparency and openness. Even the Union of Concerned Scientists is utterly exasperated - in passing they do have some pretty good ideas.

The net impact of the new regulatory quagmire being created by the NRC is massive uncertainty relative to the cost to design, build, and operate the next generation of passively fail-safe reactors. From an investment standpoint, you would have to be stark raving mad to build something whose costs and completion dates are unknown.

On the current NRC regulatory trajectory, nuclear power is not a realistic option to combat climate change. Worse, from the standpoint of energy independence, nuclear power is not viable due to wildly excessive regulations creating massive financial uncertainty and risk. Even more damming, the nation's security will be directly threatened because China and Russia will happily sell reactors to countries who will then be financially blackmailed into kowtowing to China and Russia (exactly what is now occurring with Europeans financially dependent on Russian natural gas).

In the final analysis, an arrogant and out-of-control bureaucracy is threatening our children's future.

Michael, I completely agree with you about the NRC. The question then becomes not "Is nuclear energy too expensive?", but "Is there systemic bias against nuclear power within the commission charged with regulating it - bias which threatens the economics of a clearly economic and reliable source of clean energy?".

The NRC is a division of the Dept. of Energy, the secretary of which has said "Let me say it loud and clear: nuclear energy will be an absolutely critical part of our decarbonization equation."  She has been visiting nuclear plants around the country, asking for suggestions on how to improve the regulatory process.

Whether it will be followed up by action, no one knows. Maybe your appeal to fear:

would serve as an impetus for the department - and legislators - to get things moving in the right direction.