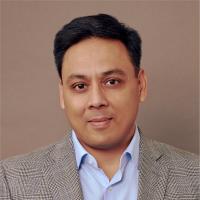 Electric vehicles (EVs) are taking to California roads at an unprecedented rate. In the first two quarters of 2019, EV popularity shot up by 63.7%, for a total of 51,750 electric cars sold. California drivers now account for half of all EVs owners in the US, and the market is thriving due to support by State policy, funding, and campaigns like that of Former Gov Jerry Brown, who spearheaded the initiative to get 1.5 million electric cars on CA roads by 2025.

While the benefits of EVs often make headlines, the logistics of building an electric mobility future aren’t discussed enough.  The roll out of strategic, seamless electric charging infrastructure is a key enabler for the sustainability of the EV marketplace. How can the various parts of the mobility industry work together to create a greener future?

The key differentiator between the California EV market and the rest of the United States is clear support from state and local government. The California Energy Commission has dispersed more than $64m in funds to advance EV charging infrastructure across the state, resulting in the largest network of nonresidential chargers in the nation.

This investment means that partnerships between private companies to advance EV infrastructure are thriving. Most recently, Greenlots and Ford partnered to build out the FordPass Charging Network™, which will provide easy charging accessibility to Ford EV drivers. In other parts of the nation, municipalities are beginning to partner with private mobility players, like Waymo and the City of Chandler’s recent deployment of autonomous vehicle shuttle technology.

Private Public Partnerships (PPP) like these show promise for the future of the EV ecosystem. Many cities are also pioneering their own plans, like Los Angeles’ Sustainability pLAn, which creates a huge opportunity for partnerships with the mobility industry to bridge funding gaps that local government may not be able to support alone. The opportunity is clearly there: the question now is how deliberate the industry can be in placing charging points to spur the organic growth of EV adoption.

The Art of the Strategically Placed Charging Point

Though the California Energy Commission has awarded millions in grants since 2016, the state is still exploring the best option to support a full transition to EVs, including the infrastructure needed to support them.

At present, nearly 75% of EV charging currently takes place at home. Charging technology companies like Greenlots are encouraging the deployment of public charging networks for the benefit of the on-the-go driver. By placing charging stations near the workplace, at retail environments, and in public garages, consumers who travel often can still enjoy the benefits of owning an EV without having to worry about a lack of accessible charging infrastructure.

The International Council on Clean Transportation (ICCT) predicts that these placements are essential to the expansion of the EV marketplace, citing public garages as important for commuters in most major cities. The ICCT’s findings correspond to location rather than activity, meaning public chargers are used mostly by commuters as opposed to locals.

Based on these and other studies, rolling out public charging ports will appeal to the commuter market, and could, in theory, provide further incentive for on-the-fence drivers to transition from combustion engines to electric vehicles.

Promising numbers to support the build-out of EV infrastructure in public areas and an influx of industry partnerships that make EVs more accessible to the public suggest we’re well on the way to building a seamless, sustainable EV ecosystem.

With its municipality-led campaigns and active support from State government, California is undoubtedly “leading the charge” in zero-emission initiatives. Consumers show a continued preference for sustainable transportation options; and analysis of drivers’ charging habits shows a real opportunity to build out infrastructure in high-traffic urban areas, both to appeal to the consumer market and to make better use of where and when EVs are usually parked.

(This article was originally published on LA CoMotion's website: https://comotionla.com/perspectives-building-strategic-sustainable-ev-charging-infrastructure-for-future)

As more electric buses and trucks enter the market, future fleets will require a lot of electricity for charging. While some utilities in California and elsewhere are planning for an increase in power demand, many have yet to do so and need to..

Current grid planning doesn’t adequately account for a mass influx of EVs. That omission exacerbates an already stressful situation that manifests itself in the much-discussed duck curve.