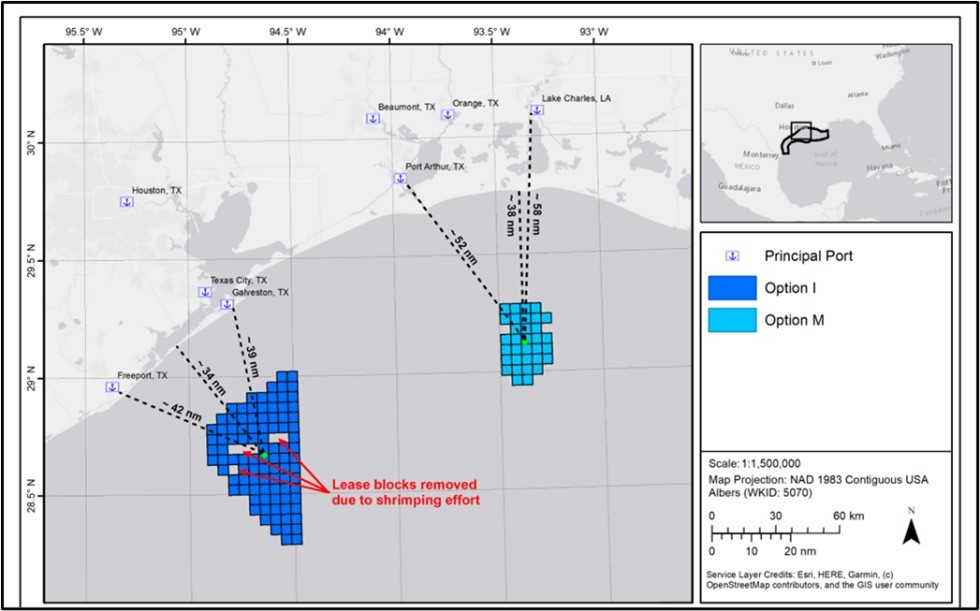 Two years ago I was instrumental in creating something of a media storm around future plans for the Gulf Of Mexico, some of the trade press requested, and received, sources for such dramatic assertions.

One unintended consequence has led to a deepening re-acquaintance with BOEM, with whom I had an enjoyable week sharing 'lessons learned' as far back as 2016.

So, it's much less contentious to be able to share my assessment with the community on this, the third, BOEM Gulf of Mexico Intergovernmental Renewable Energy Task Force session

The agency takes a large holistic approach in starting big and then refining down on the basis of stakeholder feedback. Two front runners will go to auction early in 2023 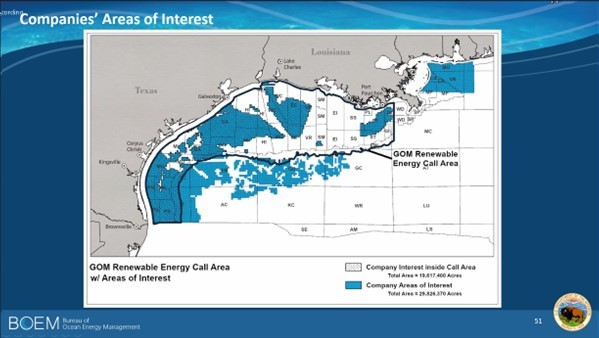 The two draft WEAs represent a small subset of the original 30-million acre Gulf of Mexico call area that the Department of the Interior announced for public comment in October 2021.

• Overall purpose: Facilitate coordination and consultation among federal, state, local, and tribal governments regarding offshore wind energy and the renewable energy leasing process on the Outer Continental Shelf (OCS) in the GOM.

• Seeking feedback from the Task Force members on the two Preliminary Wind Energy Areas in the GOM. 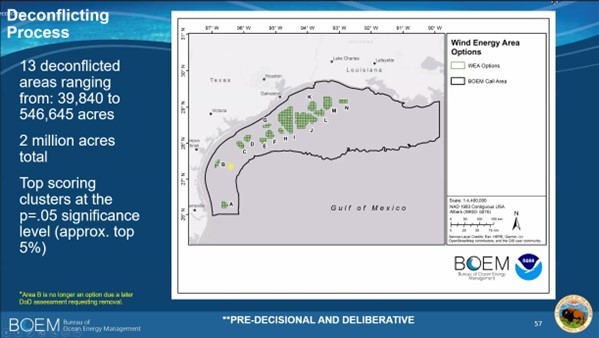 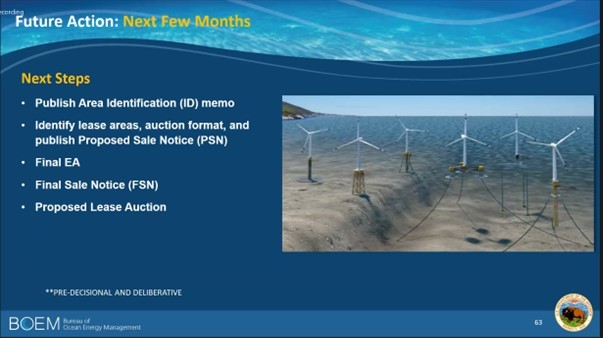 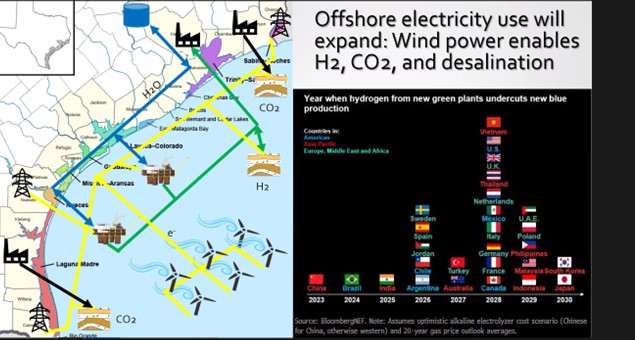 Stay informed with a community of over 2500 stakeholders: Offshore Wind and Hydrogen