"Burning trees and other biomass is often erroneously categorized as zero-carbon or carbon neutral energy. But while burning biomass instead of fossil fuels may produce paper 'reductions' in emissions, the atmosphere is not fooled.

The fact is that burning wood emits more carbon pollution per unit of energy than even coal. And because burning wood adds carbon to the atmosphere much faster than trees can grow back to sequester it, replacing fossil fuels with forest wood can increase net greenhouse gas emissions for decades or even centuries.

For the disastrous consequences of a policy that pays people to burn trees for energy, the European Union and Britain are prime examples. Bioenergy incentives are driving catastrophic levels of illegal logging in the last ancient forests of Eastern Europe and have created an export wood-pellet industry in the U.S., Canada, Russia and the Baltics that did not even exist 10 years ago. Entire forests are felled, ground up, turned into pellets and sent up smokestacks in the EU, the U.K., Japan and Korea.

The Google Earth images below show an example of the scale of this folly. The wood harvested from this 67-acre clear-cut of North Carolina native forest by Enviva, the largest wood pellet company in the world, would run the wood-burning units at the U.K.’s Drax power station for about three and a half hours.

Drax formerly ran solely on coal. Now it continues to burn coal but also collects about $2.8 million per day in renewable energy subsidies for its wood-burning units – money paid by unsuspecting U.K. ratepayers who think they are supporting clean energy." 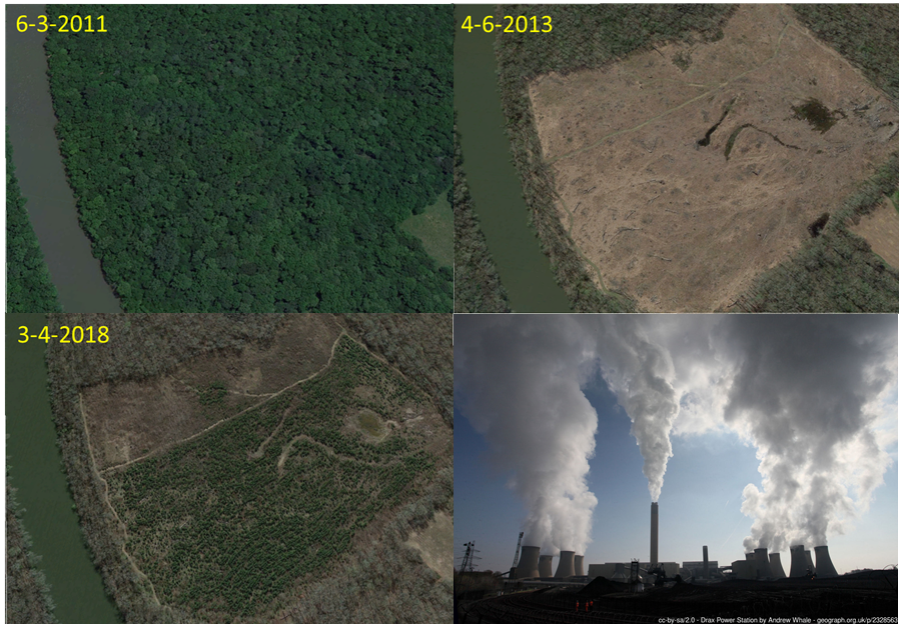 The premise of 'woody biomass', one of the most pernicious among the current wave of renewable scams, is that we can save forests by chopping them down somewhere else. 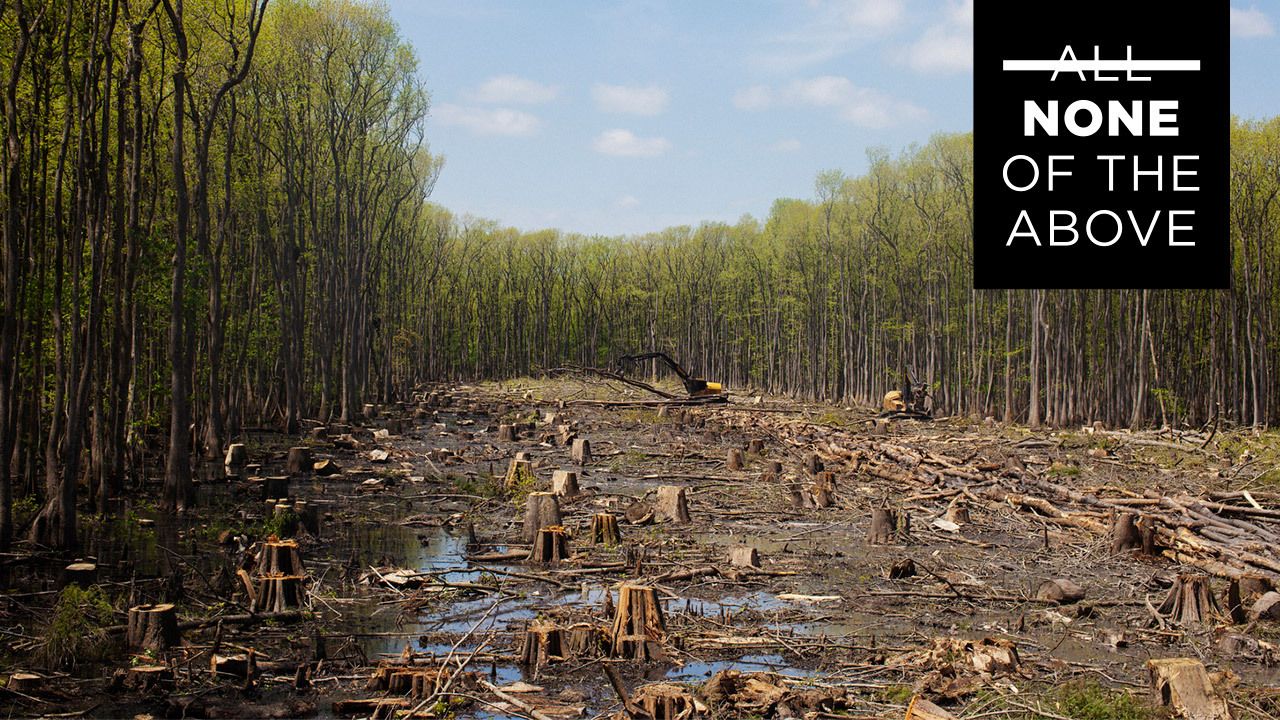