Bifacial solar panels seem to be gaining some traction in various markets around the world. Canadian Solar plans to install more than 286,000 of its BiHiKu bifacil PV modules, each said to produce more than 400W of nominal power on their front sides, in bringing the project to fruition.

Brazilian development bank Banco do Nordeste is providing the $80 million to finance the 114-MW, Salgueiro solar PV project in northeastern Brazil's Pernambuco state, according to a news report.

It's the second Canadian Solar, utility-scale project the development bank has financed. The contracts come with 20-year PPAs with Brazil's Chamber of Electric Energy Commercialization, the news release says.

Canadian Solar came out a big winner in Brazil's two recent A-4 energy auctions, which held in Dec. 2017 and April 2018. The vertically integrated solar PV market player came away with 955 MW of capacity awards in the solar power tender.

Canadian Solar's decision to build a 380-MW PV module factory is playing what appears to be a pivotal role. For one thing, projects that incorporate components made in Brazil are eligible for funding from Banco do Nordeste, as well as development bank peer BNDES, the news report points out.

The plant, under development by Canadian Solar, has secured $80 million from Banco do Nordeste. The facility is scheduled to come online in mid-2020.

Bob commented on ...
FERC tackles modernization of U.S. power markets
"Wind (up 545%) and solar (up 1,148%) represented the largest percentage gains." 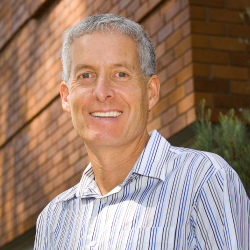 Andrew commented on ...
Renewables or Nuclear Energy? It’s Not an Either/or Decision
According to the World Nuclear Association (a peak industry body), global nuclear generation in 2020 (TWh) was slightly below the 2010 figure.

Bob commented on ...
Expensive gas = expensive hydrogen
Bob, are you suggesting oil companies would sell (grey) hydrogen below the cost of production?

Mark commented on ...
Renewables or Nuclear Energy? It’s Not an Either/or Decision
A number of new nuclear concepts and approaches, including micro reactors, have been developed in recent years.