Analysis: Possible Sale of Shell Oilfield Points to Next Hurdle in Decarbonizing Energy 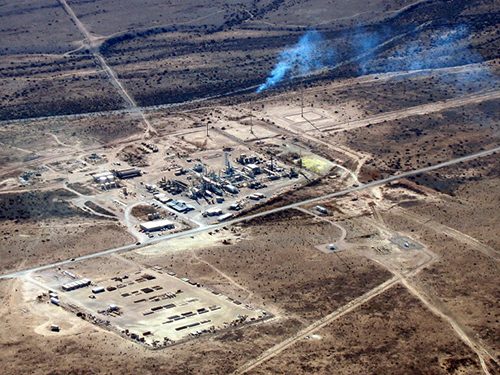 In what the Reuters news agency is calling a “blockbuster” moment, Royal Dutch Shell is considering selling off the biggest oilfield in the United States, a 260,000-acre expanse in Texas’ Permian Basin, for as much as US$10 billion.

The news comes in the wake of a court decision in The Hague last month requiring the colossal fossil to boost its 2030 emissions reduction target from 20 to 45%. And it raises questions about whether the world’s biggest fossil fuel companies will meet growing public and regulatory demand for faster decarbonization by actually shutting down the production that is driving the climate emergency, or simply sell off their assets to new owners.

Shell is appealing the court decision, but it remains in effect until and unless it’s overturned, prompting CEO Ben van Beurden to promise “bold but measured” efforts to cut emissions. Reuters, citing confidential sources, says there’s “no guarantee Shell would end up striking a deal for the assets” in the Permian.

But for Shell, one of several private fossil producers that have “come under investor pressure to increase profits and slash planet-warming greenhouse gas emissions,” a “retreat from the Permian would mark a major shift from an area previously identified as one of nine core [oil and gas] basins in its energy transition strategy to net-zero carbon emissions by 2050,” the news agency writes. That’s despite the reality that, “for all the activity in the Permian, profits have remained elusive because of scale and constant drilling required to boost output.”

While the Permian field may be the biggest of the assets Shell might consider offloading, it isn’t the only one. Earlier this month, the Globe and Mail reported the company was raising flags with Alberta’s Orphan Well Association and dozens of landowners with its plan to sell hundreds of natural gas licences to Pieridae Energy Ltd., a much smaller firm that is also trying to line up nearly a billion dollars in federal subsidies for a new liquefied natural gas terminal in Goldboro, Nova Scotia—and threatening legal action against climate campaigners raising concerns about that plan.

The Alberta Energy Regulator (AER)’s decision to send the Shell-Pieridae deal to a public hearing was an “unusual step” that “underscores rising worry in the province about the number of inactive oil and gas wells, and who gets left on the hook for cleaning them up,” the Globe writes. In a private presentation in September, 2018, an AER vice president warned the cleanup process could take 2,800 years to complete.

Now, “close to 40 statements of concern filed with the AER oppose the Shell-Pieridae plan, which would transfer the licences for Shell’s Waterton, Jumping Pound, and Caroline gas plants— and the fields that supply them, known as the Foothills assets,” the Globe says. “Those concerns include various anxieties about site maintenance and effects on farms, but one thread weaves them together: a worry that Pieridae could fail, sending the sites onto the books of the Orphan Well Association (OWA), with taxpayers or industry left holding the cleanup bill.”

While much of the reporting and analysis around the deal—including the Globe story—has focused on Pieridae’s ability to manage those facilities, the story could also portend future problems elsewhere as Shell and other colossal fossils begin selling off their more marginal holdings. “Many landowners say Shell has profited off the wells for decades, and should not be allowed to shirk its environmental responsibilities,” the Globe writes, and “even the OWA is leery of the plan”.

In its statement of concern to the regulator, the OWA said the transfer would “pose a significant potential risk to the OWA and the industry in general who funds our work unless it is appropriately backstopped financially by the parties to the transaction.”

After the Globe and Mail published its story in early June, an analyst with decades of experience monitoring Shell’s operations told The Energy Mix that asset sales like the Shell-Pieridae plan won’t likely be driven by last month’s court decision in the Netherlands. The company has long kept a close watch on big-picture trends in oil and gas demand and decarbonization, he said, and the deals making headlines today may have been in the works for years.

But the court case is certainly drawing attention to what might be the next big hurdle in shutting down fossil fuel production and decarbonizing the world’s energy supplies. If the biggest, most visible fossil companies bow to pressure to cut carbon, but simply transfer those properties to any smaller buyers that will pay for them, the oil and gas fields themselves won’t suddenly go out of production.

In the wake of the Dutch court ruling, “setting aside for a moment if that is even physically possible, what might be the fastest way to do it? Divestitures,” Tom McNulty, energy practice leader with Texas-based Valuescope, Inc., told industry newsletter Rigzone in early June. “Shell will sell lots and lots of assets. But if you sell assets that produce GHG to someone else, if they do not shut them down, then how have you lowered net global GHG emissions in any way?”

And even if all the privately-held oil and gas operations suddenly shut down, a large part of the production is in the hands of state-owned oil companies that may be less susceptible to public pressure. “There’s a real risk that the market share ceded by international oil giants such as Shell goes to national oil companies, which are less transparent in reporting emissions and less accountable to private investors,” Bloomberg Green columnist Akshat Rathi wrote yesterday, in a post that was mostly optimistic about the pressure on fossil companies to achieve real emission cuts.