In a new energy paradigm where distributed renewable generation systems cohabit with increasingly larger wind or PV power plants located farther away from end users, the ability to effectively store large quantities of energy in a dispatchable form is a key element to ensure security and flexibility for the energy system. Energy storage provides a wide portfolio of services from grid services to the decarbonisation of energy intensive sectors including transport, industry, heating and cooling services. In this context, green hydrogen produced by electrolysis and blue hydrogen produced from natural gas with carbon capture and storage could be key to unlocking the full potential of renewables to decarbonise parts of the UK energy system and meet the net zero emission target.

Despite this potential, the low volumetric density of hydrogen inhibits its use as an economically viable energy vector, even when compressed to high pressures or liquefied. To overcome this disadvantage, a number of hydrogen ‘carriers’ have been considered. Amongst the available options, ammonia, in liquid form, is a carbon-free and readily dispatchable hydrogen carrier allowing the cost-effective storage and distribution of large quantities of renewable energy.

The Committee on Climate change has noted that it “currently appears that converting hydrogen to ammonia as a means of tranporting it over long distances would have lower costs than transporting it as hydrogen”. The IEA suggests that for a number of regions, hydrogen imports in the form of ammonia could be cheaper than domestic production. Ammonia has been produced in very large quantities for use as a fertiliser for over 75 years. It is a primary candidate to enable a secure supply of renewable hydrogen to the full range of stationary and mobile applications in the UK thanks to its existing infrastructures, ease of storage, well-defined regulation and very good safety history. Although ammonia production, handling practices and supply chains are mature and well established, efficient processes for the recovery of hydrogen from ammonia must be developed as efficient ammonia cracking technologies which can generate pure hydrogen remain in their infancy. This project aims to develop commercially viable cracking technologies and a commercial pathway allowing ammonia to enable the realisation of the hydrogen economy in the UK and beyond.

EXECUTIVE SUMMARY AMMONIA TO GREEN HYDROGEN PROJECT This project will demonstrate a new ammonia cracking technology with improved compactness, flexibility, efficiency, scalability and effectiveness in producing pure hydrogen compared to state of the art technologies. This will be achieved on a greater scale than has been achieved anywhere globally and will demonstrate how ammonia can act as profitable hydrogen carrier by enabling: • The storage of large amounts of energy generated by renewable sources at times when supply exceeds demand. • The transportation of hydrogen in the form of ammonia from distant generating sites to end users. This will enable cost effective distribution of renewable energy nationwide from very large-scale production units linked directly to large scale generation (e.g. offshore wind). • The cost effective importation of renewable energy from regions of the world where renewable electricity generation is very low cost. This will open up international trade in renewable energy and provide the UK with previously inaccessible options for decarbonisation. 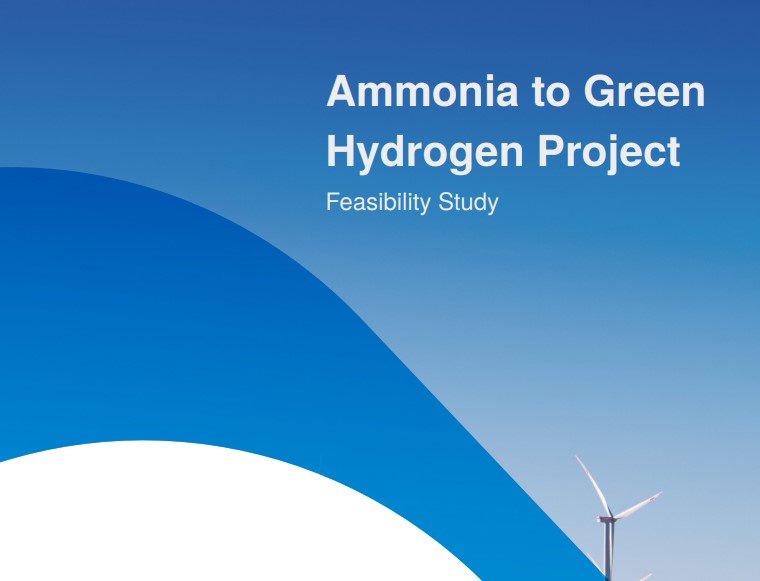 A toolbox for the EU’s energy crisis

In this episode of Watt Matters, we make sense of the short and long-term measures that Brussels is proposing to alleviate Europe's energy price crisis and its impact on the EU's energy companies.

Mitigating climate change is important, really important, and the sooner, the better. The first major step in this process is converting our electricity to 100% greenhouse gas (GHG) free generation. This is because all other major producers of..

Hydrogen Hubs: Another Step Toward a Decarbonized Future
What Is Unified Data And Why It’s Important
Geopolitical Impacts of South Africa Hydrogen in the Global Energy Transition
Attacks Expose Vulnerability of European Infrastructure?

Robert commented on ...
Episode #95: 'Debating Utilities' Role In Transportation Electrification' With Esri's Bill Meehan & Pat Hohl [an Energy Central Power Perspectives™ Podcast]
I'm not sure I entirely agree with Bill, as there are several vendors out there, such as GE, that do model electricity from generation through...

Xavier commented on ...
Recognizing the Essential Lineworkers for National Tradesman Day
Thank you lineworkers for all that you do to keep the lights on for us!

Audra commented on ...
Episode #93: 'The Invaluable Role Of Advanced Nuclear Today And Tomorrow' With Christine King Of GAIN [an Energy Central Power Perspectives™ Podcast]
Great episode - I love this quote by Christine