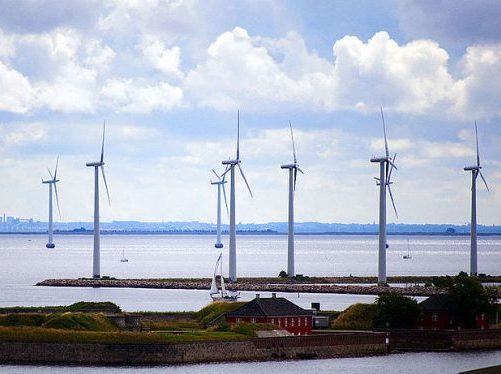 The 800-megawatt Vineyard Wind offshore wind farm is inching closer to U.S. government approval, years after an earlier project off Martha’s Vineyard in Massachusetts was brought down by an unusual alliance between the Kennedy and Koch families.

“If approved, the US$2-billion project would be the first utility-scale wind power development in federal waters,” The Associated Press reports. The Biden administration is hoping the project will become “a model for a sharp increase in offshore wind energy development along the East Coast.”

A smaller wind farm is currently in operation near Block Island, in a stretch of ocean under the jurisdiction of Rhode Island, the news agency notes. But the area off Martha’s Vineyard has been more contentious, after the Cape Wind project was famously brought down in 2015 by what its proponents called “extended, unprecedented, and relentless litigation by the Alliance to Protect Nantucket Sound.”

The U.S. Interior Department is getting closer to a decision on the project, after announcing earlier this week that its environmental assessment was complete. So far, the department is not sounding unkindly disposed toward approving it.

“President Joe Biden has vowed to double offshore wind production by 2030 as part of his administration’s efforts to slow climate change,” AP says. “The likely approval of Vineyard Wind—one of two dozen offshore wind projects along the East Coast in varying stages of development—marks a sharp turnaround from the Trump administration, which stymied wind power both onshore and in the ocean.”