It might be useful to look at key points from announcements regarding the European hydrogen strategy and tease out what that might mean for the supply chain.

The strategy from the EU Commission recognises hydrogen a key pillar of our energy system. Hydrogen is expected to provide at least 13% of the final energy demand by 2050 in Europe.

This seems quite realistic and an achievable aim. The commission goes on to state, crucially, that we create as much hydrogen possible and as soon as possible.  This will give a remarkable incentive to those already in the sector ranging from green technologies based around electrolysers and renewable energy installations but also the blue variety around steam reform and carbon capture technologies. 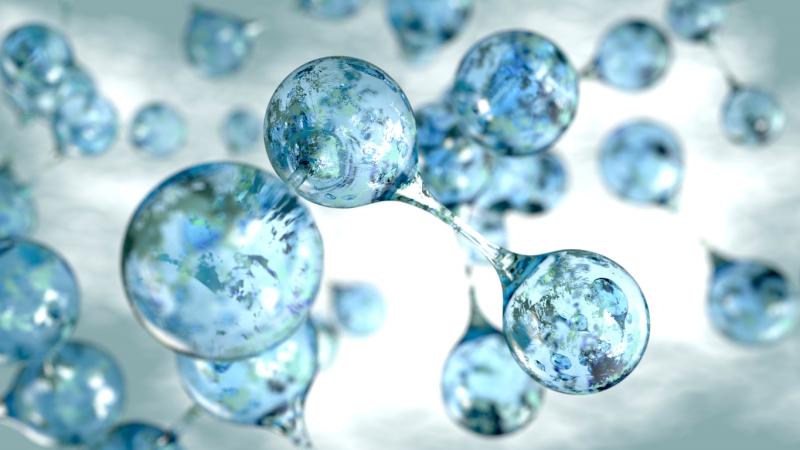 To deliver this hydrogen will be injected with me thing into the extant gas (methane) network.

Key market sectors for progress are identified and include steel air traffic shipping and cement are key sectors, for the industrial fabric in Europe and the commission will support decarbonisation through hydrogen. Watch for the important implications for the companies involved.

Specific sectors highlighted to decarbonise quickly via hydrogen include steel and air traffic shipping and cements with aviation and shipping.  For supply chain companies within those sectors expect change to come quickly with trial projects already underway in the Baltic countries.

There's an overall presumption in favour of renewables, but a degree of pragmatism as well so blue hydrogen is also set for significant expansion.

The supply chain revolving around electrolysers powered via renewables will be particularly favoured. Watch for planning applications going through for large renewable schemes hybrid schemes offshore wind and hydrogen solar and hydrogen will find a route to market. Let's see whether that's reflected in the planning regime.

Blue hydrogen, a steam reformed methane process in which the majority – but not all – the carbon is captured and then stored - will be considered in order to create new markets paving the road for green hydrogen in the longer term, so as per my article, through blue to green. Early beneficiaries will likely be around energy clusters. We have eight Carbon Capture and Storage (CCS) based clusters in the UK and some of them at least can expect rapid hydrogen development. UK clusters are lobbying for support.

The internal debate will be as to the timings and preponderance of renewable generated green hydrogen can remain muted as there is plenty for both sectors. It may be blue wat the start and with an aspiration to transition to green. Investors however might take a different view. Once an asset is paid for, they tend to want to ‘sweat’ so that might be naïve.

The EU wants to lead the hydrogen revolution. In four years six gigawatts is to be a place  an extraordinarily ambitious early target. Six gigawatts within four years so it means just about every project out there must up and running by 2030.

This increases to 40 gigawatts of hydrogen, when combined with a quadrupling of offshore wind in UK waters, is a catalyst for a massive and early jolt to get the hydrogen industry up and running from its current niche position. This represents a 40-fold increase.

So, the scale of ambition is eye watering obvious from the EU.  We'll see whether that is reflected in things that body can influence such as contracts and invitations to tender. They're all going expect the supply chain to match and show how it is itself decarbonising. if it can a remarkable prize awaits.

Hydrogen is going to play a major role in energy systems dominated by variable renewable power generation....lets get building GW scale hydrogen electrolysers ASAP, the alternative is an ever increasing percentage of surplus and worthless wind and solar generated electricity.

Ignore economics and the environment and the hydrogen economy looks great.

Having made electricity a luxury item for the poor and middle class, the EU is determined to do the same thing with transportation.

As observed by Margret Thatcher, soon or later the socialists run out of other people's money.

Clearly, the elite are simply lining their own pockets promoting technologies that are inherently not competitive.

Our politicians demand a zero CO2 world, we in the industry have to figure out how to deliver at lowest cost, and in most cases without deploying nuclear.  Thats how it is in 2020!

The politicians work for the people, not the other way around. Ditto for the government.