A wave of hydrogen companies will go public and the increase of alkaline electrolyzers in the market share compared to other technologies, are some of the projections made by the international organization.

1.- Electrolyser sales will triple, with China as the leading market.

“Electrolyser makers shipped 458 megawatts in 2021, according to BNEF, and shipments are expected to treble by 2022, reaching between 1.8 and 2.5 gigawatts.” China will account for 62-66 percent of overall demand, with state-owned firms eager to demonstrate conformity with government decarbonization objectives “”Aims.”

2.-Many hydrogen project announcements will be made in the United States, but implementation will be delayed.

“Behind China, the United States is likely to be the second largest electrolyzer market this year. As the government plans a multibillion-dollar investment in hydrogen as part of the Infrastructure Investment and Jobs Act, companies in the United States will hurry to announce projects in 2022. However, because the funds will be spread out over the next five years, building will most likely be delayed.”

3.- The European hydrogen sector will flourish thanks to new incentives.

Before moving forward with their ambitions, European developers have been waiting for governmental and regulatory assistance. When a wave of funds from the European Union is released and national subsidy programs begin in 2022, the promised projects will finally commence building.

A wave of hydrogen companies will go public and the increase of alkaline electrolyzers in the market share compared to other technologies, are some of the projections made by the international organization. 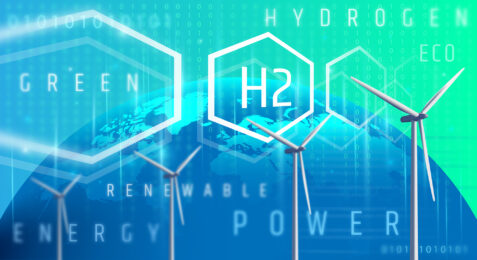