However, domestic energy production from all fossil fuel sources combined (i.e., oil and natural gas as well as coal) increased by 2.03% and accounted for 79.08% of the total. That, in turn, contributed to a 6.12% increase in carbon dioxide (C02) emissions attributable to U.S. energy consumption.

"The continued expansion of renewable energy's share of U.S. energy production and consumption is encouraging," noted the SUN DAY Campaign's executive director Ken Bossong. "However, EIA's latest data provide a clear warning that the pace of that growth must accelerate rapidly if we are to avoid the worst consequences of climate change."

SOURCES: The U.S. Energy Information Administration released its latest "Monthly Energy Review" on March 29, 2022. The data cited in this release can be found at, or extrapolated from, the following tables:

The SUN DAY Campaign is a non-profit research and educational organization founded in 1992 to aggressively promote 100% reliance on sustainable energy technologies as cost-effective alternatives to nuclear power and fossil fuels and as a strategy for addressing climate change.

From the electric power point of things its really pretty simple.

WW demand is growing at about 500 TWh per year. So in other to start reducing CO2 - zero carbon sources need to grow faster. That's not happening yet.

Hydro growth will probably slow down. Renewables will get to 400 TWh/year short term and 500 TWh/year medium-term.  The problem is really nuclear which needs to start seeing 100 TWH/year growth. How likely is that? Short-term - unlikely. Medium-term  - maybe? 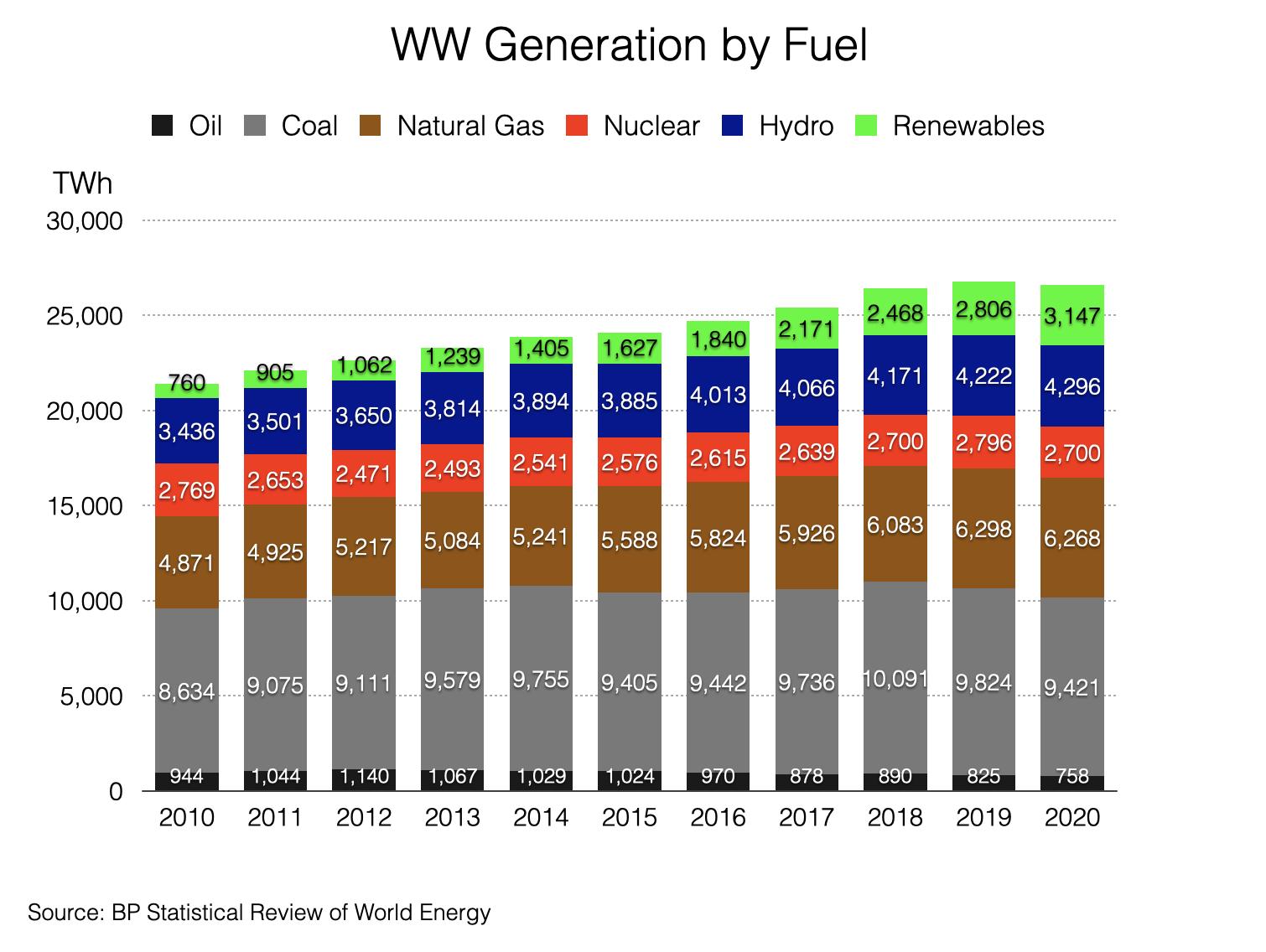