100-MW Municipal Solar Farm in Cincinnati Will Be Biggest in U.S. 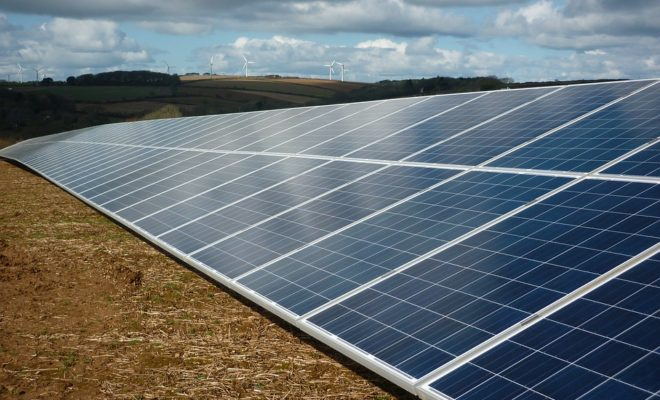 The work was inspired in part by Donald Trump’s decision to pull the country out of the 2015 Paris Agreement, and Mayor John Cranley’s determination to help his country keep its promises, Mother Jones reports. “Ground-breaking is scheduled for later this year,” and “by 2021, Cincinnati will have the largest city-established solar farm in America.”

After Trump made his announcement in early June 2017, Cranley was one of a group of mayors who said they would stick to the Paris targets. Then in 2018, the city set a 2035 carbon-neutral deadline, with the mayor taking action “out of anger over Trump’s withdrawal from the Paris accords,” he said.

Two years later, the project “really is a big deal,” said Gregory Wetstone, President and CEO of the American Council on Renewable Energy. “Our team could not find anything that competes with it at a municipal level.”

The work got under way with a 2018 technical assistance grant from Bloomberg Philanthropies. “Cincinnati had considered introducing solar panels to its energy portfolio for years but lacked the resources city managers needed in order to determine how to reach that goal,” Mother Jones says. With a 1,000-acre former soybean farm about 40 miles east of the city available for use, “the flat, rural expanses of land around the city turned out to be perfect for installing a vast solar farm the size of 750 football fields.”

That will add up to what Cranley called “an enormous amount of carbon reduction”, courtesy of a project that will also be “cost neutral”, while delivering 100 megawatts of electricity, about one-quarter of the city’s total demand. Chicago-based solar installer and operator Hecate Energy will build the project and buy the power under a 20-year flat-rate contract.

“The cost of the energy itself will be allocated from Cincinnati’s already-existing power budget, which typically comes out to about US$21 million per year,” Mother Jones says. City energy manager Michael Forrester said the contract should save the city just under $2 million per year, while cutting greenhouse gas emissions by the equivalent of 30,000 cars per year.

If the project didn’t make sense for taxpayers, he added, “we wouldn’t do it.”