Three Steps, 15 Minutes and Presto — You’re on Your Way to Becoming a Better Writer!

The best writers never stop practicing their craft. For those of you interested in becoming a better writer, I can recommend three easy steps. Tomorrow morning, when you’re fresh and while you’re waiting for your coffee to cool down, I recommend you do these three simple things that will take you no more than 15 minutes in total. Consider it an important investment in professional development.

How will all of this make you a better writer? The best writers have said the most effective way to become a better writer is to read widely and voraciously. Be continually engaged in the process of writing — either as a consumer or a practitioner.

For writers, the three recommendations above share important similarities: 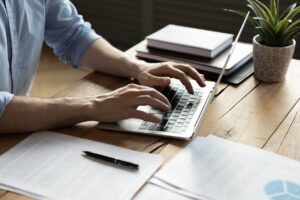 Simplicity: All three examples use simple words. Many have only one-syllable. These examples typically avoid the passive voice and Latin words (typically, words that end with –tion). In this way, these writers followed one of George Orwell’s commandments: Never use a long word when a short word would do.

Do you know how to enable the “Readability” option on Microsoft Word’s spell-check function? If not, get in touch with me and I will send you the easy-to-follow instructions. The “Readability” function will tell how easily your copy can be read. Shoot for an average 8th grade reading level. You can only get there by using short words, short sentences, and short paragraphs. Want to know more? Check out my blog on improving the readability of your copy. 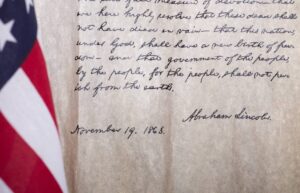 Clarity: The images in “Last Kiss” are clear and concise: stalled car, crying tires, busting glass, painful scream, and losing the love of your life. Lincoln’s Gettysburg Address closes with these rousing words: “that government of the people, by the people, for the people, shall not perish from the earth.” In Ecclesiastes, we are told there is a time for everything: a time to be born and a time to die, a time to kill and a time to heal. Again, the words are simple, clear, and hard-hitting.

Brevity: A friend once told me that in his Army unit, soldiers were allowed to speak as long as they could hold their hand submerged in a bucket of ice water. Keep that image in mind the next time you’re writing an article. Work on getting to the point faster. Just because you have a fact or detail doesn’t mean you have to include it – unless it adds an important dimension to the story.

Communications Tip of the Month: The best writers never stop practicing their craft. Simplicity, clarity and brevity are three easy steps you can take now to improve your writing.

These are not the only three examples you could consult as you seek to become a better writer. You could also: 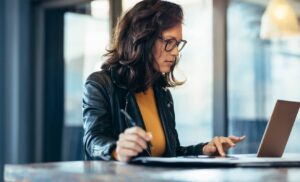 Writing is a craft that requires hands-on practice, like carpentry, cooking, and throwing curve balls. As you read other writers, consider how they tell their stories. What makes their content memorable? After that, it’s easy: find your own voice by practice!

Whether in fiction or journalism, writers seek to tell a compelling story using simple words and fresh, powerful images that move your audience in the direction you desire.

Today, I’ll eat my own cooking and let it go with that.

By the way, this blog is so simple it can be read by the average 7th grader. So that clicks the “simplicity” box.

Would You Like to Learn More About How to Write Effectively?

EEC provides several resources on best practices in writing on our website.

The post Three Steps, 15 Minutes and Presto — You’re on Your Way to Becoming a Better Writer! appeared first on Egan Energy.