As States Reopen, How is Your Utility Going to Handle Frozen Utility Payments?

Social distancing restriction are starting to be relaxed around the United States, but it’s safe to say many utilities aren’t relaxed about dealing with the prospects of all those unpaid utility bills.

Even though things may slowly be going back to “normal” – with service shutoff moratoriums ending -- there are likely to be plenty of customers who won’t be able to resume paying their bills, let alone paying deferred totals. After all, 39 million Americans have filed for some sort of aid since the pandemic struck, according to the Los Angeles Times.

LIHEAP said up to 36% of households across the nation may now qualify for the program, compared to 28% before the pandemic.

In addition, some believe there will be pressure on Congress to impose a national moratorium on shut-offs.

And some low-income advocates will push for bill forgiveness.

Obviously, none of these things are that appealing to utilities that may find themselves under increasing financial pressure.

Utilities need to protect their interests, while at the same time recognizing the sensitive predicament.

So, what can you do?

Uh, good question. There really isn’t an answer except to say your public relations team will need to tread carefully.

Whatever balancing act your utility’s management chooses, your PR team will be challenged to explain it and make it seem palatable, even if it isn’t.

One key will be remaining humble throughout. Do not take the high ground and/or use a lecturing kind of tone.

Showing sympathy for the predicament many people will face is paramount. Customers may still be angry, but at least they’ll know you recognize the pain they’ll be feeling.

Of course, any assistance programs you develop (or already offer) should be heavily promoted, and you should also remind customers about any other options that are available, such as LIHEAP. Never assume customers know all the avenues for assistance.

Above all, good luck. This isn’t going to be easy. 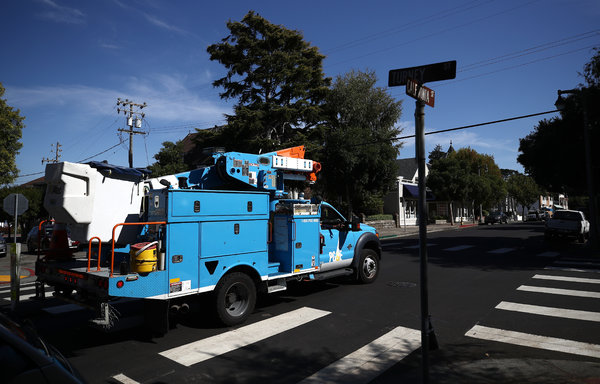 PG&E is out of bankruptcy, but the hard part is ahead for the company and especially its public relations department in repairing a fractured public image. When a company takes a serious image hit, there's no quick or easy way to repair. It..

Henry commented on ...
Are Emergency VAT cuts on the way? What will this mean for Energy suppliers and Energy Billing?

Seems like a decent way of putting money in citizen's hands when they desperatly need it.

Matt commented on ...
Are Emergency VAT cuts on the way? What will this mean for Energy suppliers and Energy Billing?

Is the VAT administered at a national level, or is there any variance by region?

Matt commented on ...
When is the right time for utilities to resume shutoffs?

What a great idea-- and this isn't to suggest that customer service reps are typically unempathetic, but during these stressful times it's...

Henry commented on ...
Don’t Wait for Moratoriums to End: Define Your ‘Customer Balance Risk Zones’ Before It’s Too Late