Fallout from a botched rollout of a new billing system has led the Los Angeles Department of Water and Power to create an Office of Inspector General in an effort to bolster accountability and transparency.

In a statement, Los Angeles Mayor Garcetti said, “An inspector general at the DWP will help us make certain that the organization is always working to uphold the highest standards of integrity and improve customer confidence.”

Reports said that FBI agents served search warrants at the DWP and City Attorney’s Office in July as part of a probe into the city’s handling of litigation and a settlement over a 2013 billing system rollout.

Thousands of customers received inaccurate bills. The problems prompted a class-action lawsuit that led to a settlement requiring the utility to reimburse customers roughly $67 million.

The city and the utility sued PricewaterhouseCoopers over its handling of the system’s rollout. For its part, PricewaterhouseCoopers earlier in 2019 raised questions over the city’s relationship with an outside attorney it hired to handle the litigation against the company. The firm said the attorney was hired as a legal consultant in the city’s lawsuit against Pricewaterhouse Coopers while he also served as legal counsel suing the city on behalf of a customer in the class-action lawsuit.

The newly created inspector general role will be part of the utility’s senior leadership team, providing review and oversight of contracting matters, whistleblower complaints, ethics and other internal policies. The office will have the power to initiate investigations and oversee the department’s Internal Audit Division, Special Investigations Unit and ethics compliance staff.

DWP Interim General Manager Martin Adams said in a statement that the utility is committed to ensuring actions are proper and transparent.

“The hiring of an inspector general will give us a person whose sole job is to make certain we have adequate checks and balances and stronger internal oversight,” Adams said. “We will do this right and in a way that works successfully within the DWP and city charter framework.”

CPS Energy has assured customers that disconnections and late fees have been waived but San Antonio utility customers are worried about their utility bill.  Despite waiving fees, the company continues to send bills so customers can see..

FPL, Passing on the Savings 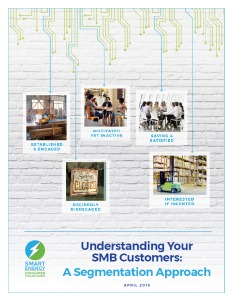 What Do Small Businesses Want from Alternative Electric Rates?

As electricity providers continue to look for ways to address peak demand, engaging SMB customers in alternative electric rates and related programs, such as critical peak pricing and peak time rebates, could be a very valuable resource.

There is a wealth of resources utility companies can leverage to help make it easier for customers to pay on time, such as diverse payment options, engagement-based alerts and interactive mobile payments.

FPL, Passing on the Savings

What Do Small Businesses Want from Alternative Electric Rates?

The benefit of this to a customer is evident-- reliability in what their bill will be, and they won't be dinged for high usage months (though...

Henry commented on ...
Are Emergency VAT cuts on the way? What will this mean for Energy suppliers and Energy Billing?

Seems like a decent way of putting money in citizen's hands when they desperatly need it.

Matt commented on ...
Are Emergency VAT cuts on the way? What will this mean for Energy suppliers and Energy Billing?

Is the VAT administered at a national level, or is there any variance by region?

Matt commented on ...
When is the right time for utilities to resume shutoffs?

What a great idea-- and this isn't to suggest that customer service reps are typically unempathetic, but during these stressful times it's...